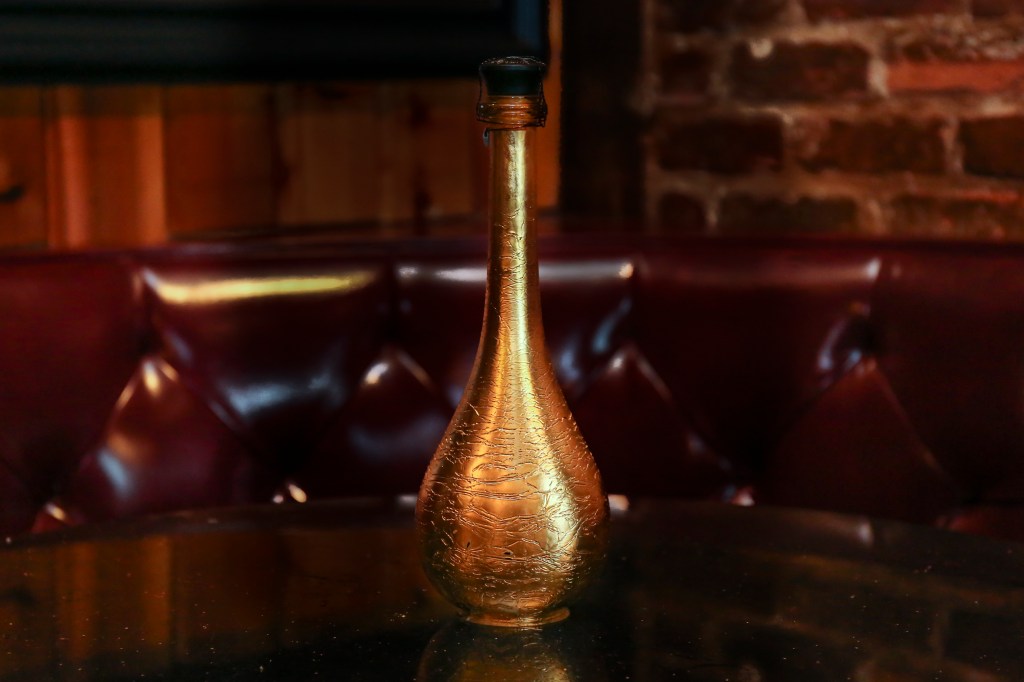 A quasquicentennial—also known as a 125th anniversary—comes along only once, so Mandarine Napoléon, the Belgian-Cognac-based orange liqueur, has pulled out all stoppers in commemorating the event. The brand’s history actually begins much earlier, as the blend of Cognac, mandarin orange peels, and a secret blend of herbs and spices is said to have been created for Napoléon Bonaparte himself around the turn of the 19th century. But it was first made commercially available to non-emperors and the public at large in 1892.

To honor the milestone anniversary, Mandarine Napoléon has created a limited-edition liqueur that includes Cognac distilled the very year of the brand’s commercial genesis. An 1892 vintage Cognac is not easy to come by, and many of the samples the company found didn’t marry well with Napoléon’s distinctive bright citrus flavor. Finally, a Grande Fine Champagne Cognac was found that complemented the liqueur. The result, after a year of planning, is Mandarine Napoléon’s XO Gold Limited Edition (€1892; about $2,245). Limited to 125 bottles worldwide, it contains a “substantial amount” of 1892 Cognac, according to the company.

The old Cognac softens and darkens the bright tangerine notes of the liqueur, comparable to switching from electric bulbs to gaslight. The bottom notes are deeper and richer, with oak and dark chocolate more prominent. Bottled at a slightly higher proof than standard Mandarine Napoléon (80 proof instead of 76), the alcohol has a soft and slightly spicy finish that lingers on the palate.

The bottle is as noteworthy as the liquid within. It was coated in 24-karat gold by hand, a process that took about two weeks and was handled by Goudverf, a Dutch company that specializes in gilding. Gloves are included with each bottle to avoid damaging the gold exterior. The bottle is housed in a bespoke box of American walnut made by Kramer Interiors. It’s a package—and a liqueur—worth waiting 125 years to experience. Orders may be placed via email at limitededition@125ymandarinenapoleon.com.