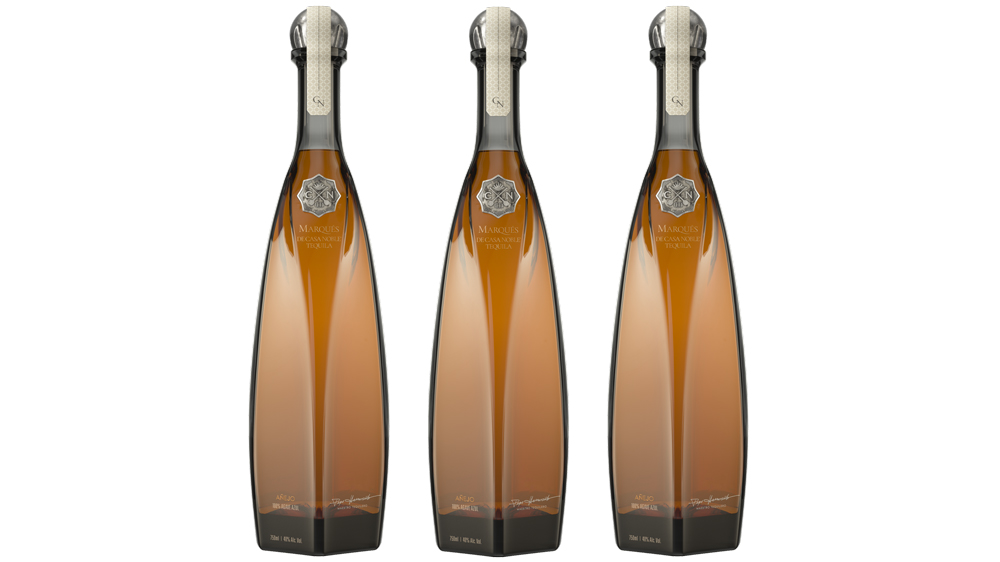 It’s been quite a week for high-end tequila releases, with brands like Patrón and Clase Azul launching expensive new expressions. And now Casa Noble has joined the fray with the unveiling of the new Marques de Casa Noble. This limited-release blend of añejo and extra añejo tequilas is actually a more affordable option than its competition, without sacrificing any quality.

Twenty-one tequilas were selected for this bottling that Casa Noble master tequilero Jose “Pepe” Hermosillo was personally involved in putting together–nine añejos and 12 extra añejos, all aged between one and five years (over three years makes it an extra añejo). According to the brand, Hermosillo picked specific trees from the Allier region of France to make the barrels in which the tequila would eventually be aged. After assemblage, the casks were left in the French forest to dry and age for two years before being brought to a cooperage in the US where they were toasted and aged for an additional year. The thought process here is to cure and season the wood to bring it to prime condition, all the while breaking down the compounds that will eventually make their way into the tequila as it matures.

“With Marqués de Casa Noble, we aimed to create a spirit that is not just complex and premium but also sippable—something to be enjoyed alongside life’s best moments,” said Hermosillo in a press release. “Each step of the tequila making process was carefully planned and executed over the course of many years to create this unmatched spirit. At Casa Noble, we pride ourselves on extending this same level of dedication to all expressions, crafting authentic tequilas that rival even the finest spirits available.”

We had a chance to taste Marques at an event this week, and it is indeed a standout among the recent field of premium tequilas. Of note, the grassy, earthy character of the agave is not lost here, which can happen with an ultra-aged tequila at times. On the nose, cinnamon, brown sugar, honey, caramel and some cocoa powder are the dominant notes, with a hint of earthiness underneath. The palate opens with a pop of orange, followed by baking spices like allspice and nutmeg and then some cherry syrup and dark chocolate. And the finish brings black pepper and grassy notes to the surface.

Marques de Casa Noble is just rolling out this month with an SRP $169.99, and will be available to purchase from online retailers in the coming days.