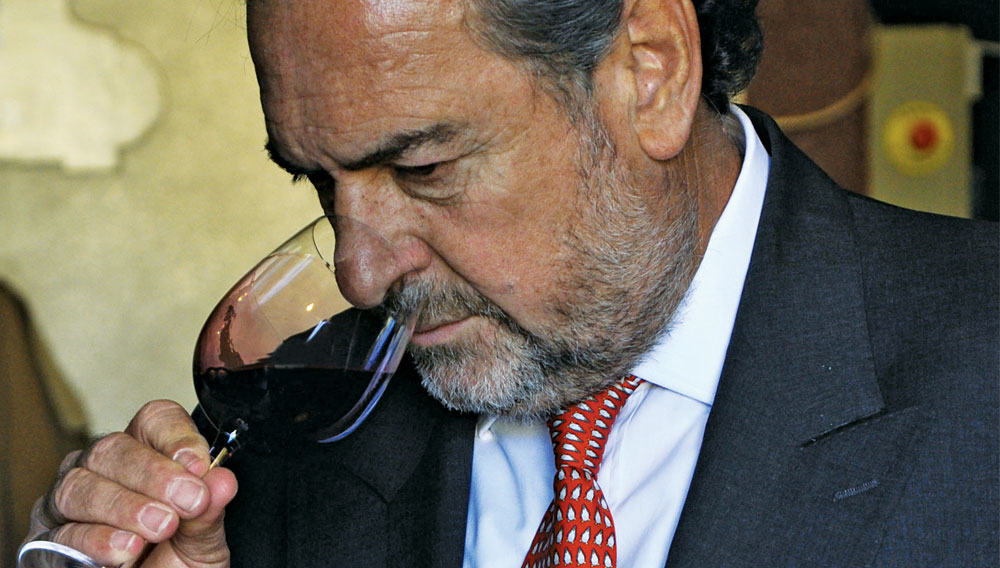 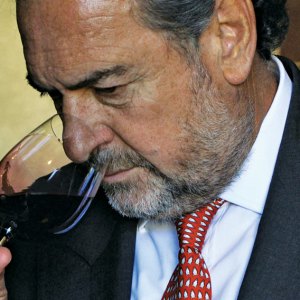 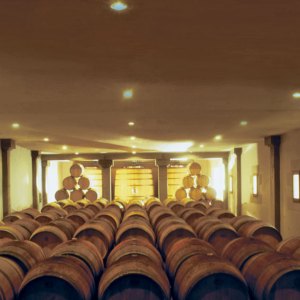 In the world of fine wine, no name is more pervasive than that of Michel Rolland, the oenologist from Bordeaux who has not only profoundly influenced the style of winemaking in that region but also transformed the way vintners from Cape Town to California think about wine. Since the mid-1970s, when he established his laboratory in Libourne, France, Rolland has traveled the continents, pollinating the world’s vineyards with his ideas. He remains an ardent advocate of ripeness—a position that has won him the praise of some critics, such as Robert M. Parker Jr., and the condemnation of others, among them Michael Broadbent. Yet wherever one weighs in on the subject of style, one must accept that Rolland remains an important force in the industry—one who has left his imprint on many of the labels we love, including Château Ausone, Tenuta dell’Ornellaia, Harlan Estate, and Staglin Family Vineyard.

In life, one should have at least one good idea before one gets too old. At the beginning of my career, I found that most wine was really very average. I concluded that the difference between the good ones and those that weren’t so good was climatic conditions that allowed the grapes to ripen. I went about saying to everybody, “Please take time and do your harvest when you feel your grapes are right.” I began my career with just that. In the ’70s and ’80s, nobody was speaking about ripening. Today, if you go around the world, nobody will speak to you about wine without mentioning maturity. That’s where I think my influence has been.

In the ’50s and ’60s, the target was more production, less work in the cellar, and easy winemaking. People like me recommended changing viticulture, because there were too many plants per acre in the U.S. and too much fruit per plant. We also advocated clean cellars, small tanks, and less manipulation of the grapes. This new winemaking asks the owner to respect the vineyard, the quality of the grapes, and the grape itself. This is how the best winemakers intervene—not to look for a recipe. Today, we never have been so natural in winemaking. If we have great terroir, we have great grapes; we don’t need anything else.

In the last 25 to 30 years, much has changed in the fine-wine marketplace as well. In the past, collectors were buying bottles to put in their cellars—less to drink than to display, like paintings. Recently, many have bought just for speculation. Because prices are so high—due largely to activity in the Chinese market—it’s become more difficult to drink the best wines, which at a restaurant can cost $4,000 or $5,000. Many are able to spend this money, but most hesitate a little. Ten years or 15 years ago, I drank a lot of very good bottles, and today that’s still possible, but I’m sure in another 10 or 15 years, it will be more difficult. If this evolution continues, the wine that sold [on release] for $1,500 dollars two years ago may cost around $25,000 in 20 years. It’s quite crazy. But once speculation leaves only a very small margin in which to make money, fewer people will be taking that risk. I think prices will stay at the same level or with a slight variation between vintages.

Along with changes in the market, consumer taste has evolved. We drink wine younger now than we did 20 years ago. Not a lot of people are able to age the wines correctly in their own house, so people have become accustomed to younger wines. Those of us who are lucky enough can drink a lot of very old bottles from the châteaux or from collectors who have stored them properly. Whenever I do a vertical tasting, almost everybody prefers the older vintages.

Greatness in a wine is definitely the ability to age—to become more and more complex with time. A friend of mine told me when I was young that, if you look at young horses in a field, they are almost running at the same speed. But after one or two years, the racehorses are always running faster than the others. And that’s very true for wine, too: Wines are evenly matched in the first 10 years or 12 years, and after that, great wines improve and the other wines decline in quality.

Winemaking does not follow the market, because nobody is shopping for one style of winemaking. Consumers make their decisions based on reputation, even when the wine itself does not show very well on release. We see this in France—in Bordeaux or Burgundy—where prices and demand remain high, even though California is more consistent in terms of quality.

If we look for a newer region that will compare with the great regions of France in terms of collectability and quality, we must look to a place able to produce great wines for the long term, not just ones that match the 10- or 15-year-old wines. My feeling is that California is one such place. But certainly we also have in Italy, in Spain, and in South America regions where we can produce wines able to compete with regular historical premium wines in France.