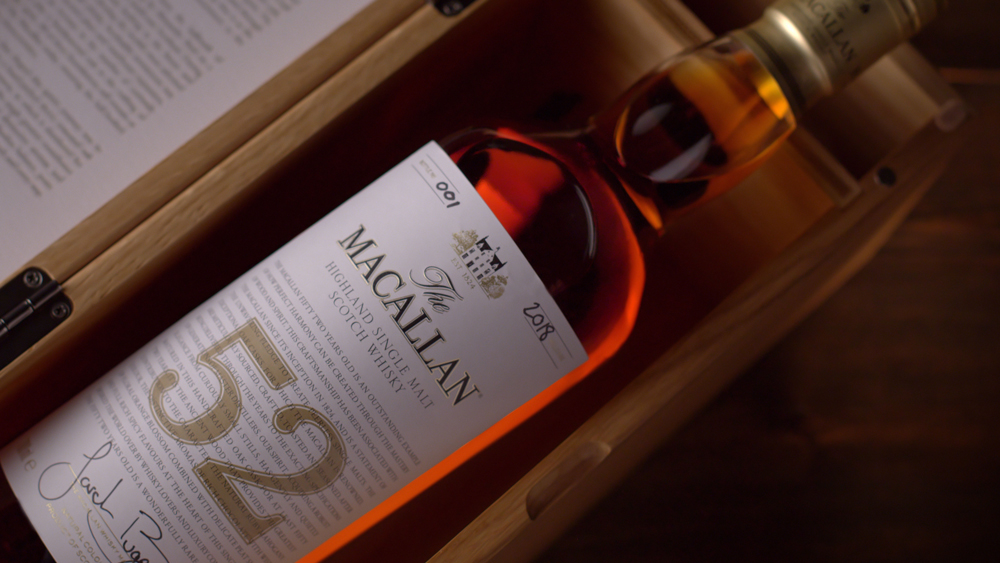 In 1967, America was at war, Ronald Reagan had just been inaugurated governor of California, The Doors released their debut album, and the Boeing 737 took its first flight. It’s also the year Macallan produced a scotch that wouldn’t be released for over half a century. Now, those 52-year-old bottles have finally hit the market, and they’ll cost you $53,500 for 750ml—just a little over $1,000 for every year it aged.

A glass of this single malt will cost you about $1,500, according to Bloomberg. You may want to “drink responsibly,” and if you’re really trying to savor your investment, you may be sipping on this scotch for another 52 years. This Macallan scotch was aged in European oak sherry-seasoned casks, and in addition to Macallan’s signature scotch flavors, this release also carries a hint of fruit and dark chocolate mixed with peat smoke, cinnamon, and ginger.

Only 250 numbered bottles will come to market with just 42 arriving stateside. Of those bottles arriving in the U.S., 13 will come to the Northeast—predominately New York, home to America’s biggest financial institutions. Asia will lay claim to 35 of the bottles and the U.K. will be allotted 14. As a result, even your most upscale local liquor store won’t be carrying this scotch. In order to add it to your liquor cabinet (ahem…safe), you’ll have to contact the company or know someone who knows someone.

The ruby mahogany-colored bottles will be presented in a solid oak box and comes with a matte gold badge for its age statement.

This rare release follows some high-profile sales of rare bottles of Macallan that went up for auction last year. A bottle of Macallan, aged for 60 years, from 1926 sold at a Sotheby’s auction last year for $1.2 million. But Macallan’s oldest scotch hit the market last September—aged 70 years—with a $65,000 price tag.