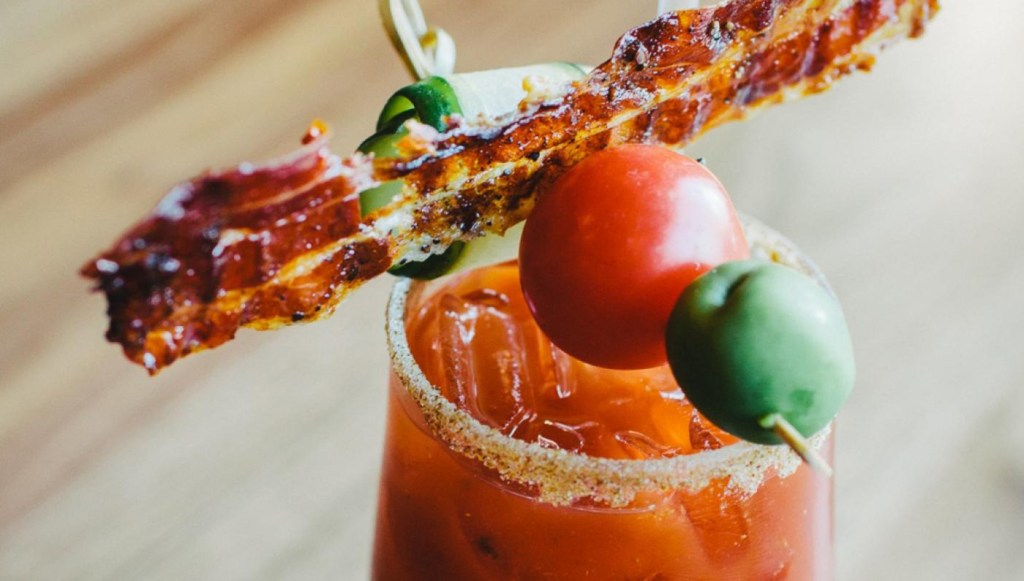 The most immediately obvious thing about Canada’s favorite cocktail is that it bears a strong resemblance to one of America’s favorite cocktails: It’s like the Bloody Mary met its over-the-border match. But those quirky Canadians put their own twist into the thing. Think clam broth.

Canada possesses a charming and unapologetic national pride, and seems to feel similarly toward its Bloody Caesar (also sometimes simply called a Caesar). It’s the country’s most popular cocktail, and Canadians keep it to themselves—you may need to go to Canada to even try it, because truthfully, the concept has yet to land elsewhere.

Its history is silly, sure. Technically, clam cocktails have been around at least since 1936—there’s one included in The Artistry of Mixing Drinks. But that recipe didn’t include alcohol, so it seems unfair to take credit away from Walter Chell, who formulated the Bloody Caesar.

Walter Chell, a barman who managed the 1969 opening of an Italian restaurant in Calgary, had pasta on his mind. The kooky, forthcoming idea was one patrons would soon drink right up: a liquid version of Spaghetti alle Vongole (spaghetti with clams), which is often followed with in rosso (in red sauce). Chell shook together vodka, Worcestershire sauce, salt, pepper, clam broth, and tomato juice, and rimmed the glass with celery salt, giving Canada its first taste of the Bloody Caesar, as he later called it.

Savory, spicy, and sweet, the cocktail’s most important quality is simplicity. This isn’t a fidgety cocktail; the balance is personal and absolutely customizable, and perhaps that’s partly why it took off—despite having the peculiar taste of the ocean (no one has quite figured out its appeal to the Canadian palate).

In British Columbia, along Canada’s west coast, mixology has gone particularly cosmopolitan, and it’s taken the Bloody Caesar along with it. The gateway recipe, if you will, like the one found at Jetside in the Fairmont Vancouver Airport, is made with Mott’s Clamato, vodka, pepper, Worcestershire, Tabasco, and a celery salt rim, gussied up with an asparagus spear and lime wedge as garnish.

It’s the first part that’s most notable: Mott’s Clamato. Most of us know Mott’s tomato juice well, but its Clamato juice is another, quick story. Clamato, the portmanteau of “clam” and “tomato,” was an experiment by two employees at Mott’s, who, unaware of Spaghetti alle Vongole in 1966, had Manhattan clam chowder on their minds, hoping to make their own savory cocktail. It didn’t work. But luckily, Clamato made its way north just in time to form the base of the Bloody Caesar, now one of the main ways Mott’s Clamato is employed.

Which brings us to the first decision in customizing the cocktail: whether or not you choose Mott’s Clamato, or another clamato (for the most part, few bars craft their own). At Vancouver’s UVA Wine & Cocktail Bar, Lauren Mote—a bit of a local legend, having won a bundle of mixology awards to prove it—prefers Walter, a newer, smaller-batch British Columbia-based company. Without saying so explicitly, Walter aims to one-up its mass-produced competitor. The mix, made with vine-ripened tomatoes and sustainably sourced clam juice, is richer, thicker, spicier, and (to our palates) indisputably better.

Mote’s version gets one more upgrade. “Making the simple adjustment of Bittered Sling Cascade Celery Bitters,” she says—i.e., taking the celery flavor from the salted rim into the body of the drink, “takes the otherwise predictable cocktail to an extraordinary level in seconds.” (Bittered Sling, a product line of upmarket bitters, is partly her creation).

Chambar, also in Vancouver, respects the classic recipe, but now smokes their own tomato paste for a more complex flavor profile. No one said the seemingly simple beverage had to be easy; Chambar make their own hot sauce, too, and they top it off with crisp bacon as the garnish.

Then at Prohibition (surprise—it’s a speakeasy!), the Bloody Caesar meets its alter ego: The Caligula. Named after the Roman Emperor who, according to history, was likely insane, this drink is equally twisted. Here, acidic olive brine, fresh cherry tomatoes, crisp cucumbers, and a hot sliver of jalapeño are all added to accentuate the drink’s “fishy clam flavor.”

And of course, for an equal degree of insanity in slightly different form, there are always the versions at The Score on Davie, which follow the great Bloody Mary garnish tradition: depending which of their “Caesar Madness” iterations you choose, yours might be topped with anything from a grilled cheese sandwich and a deep-fried pickle to (deep breath) an entire burger, roasted chicken, pulled pork slider, onion rings, chicken wings, a pulled pork mac & cheese hot dog, and a brownie. Yes, that’s all atop one drink.

Not British Columbia-bound anytime soon? The folks at Jetside were kind enough to give us their recipe so you can try a Bloody Caesar at home.

Rim a 12 oz. highball glass with celery salt and add ice cubes. Add the vodka and top with Clamato. Season to taste with Worcestershire and Tabasco sauces. Add a shot of port, if desired. Garnish with pickled asparagus spear and a lime wedge.