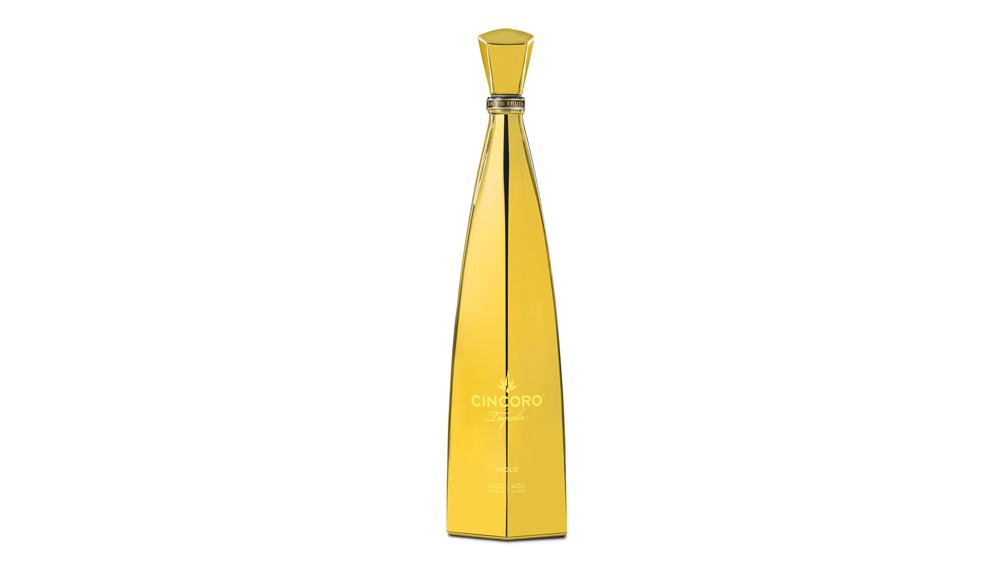 In a move that shocked the booze industry, back in 2019 Michael Jordan, along with some of his fellow NBA owners including the Lakers’ Jeanie Buss, launched a new tequila brand. Just kidding of course, because practically every celeb has a tequila now, as they all try to get that Clooney money. And this week, Jordan’s luxury brand Cincoro Tequila just announced the launch of the new Gold expression.

“Gold” isn’t an official tequila category, but Cincoro has taken on the identifier for this particular release. According to Cincoro CEO and co-founder Emilia Fazzalari,  this is a blend of all of the brand’s other expressions, both aged and un-aged. “Cincoro Gold joins only a handful of 100 percent de Agave Gold tequilas,” she said in a statement. “This rare tequila blends all four Cincoro expressions, with generous amounts of Cincoro Extra Añejo tequila, which is barrel aged for more than 40 months. The result is an intense flavor experience, with notes of sweet honey, toasted oak, vanilla and dried fruits. The Cincoro Gold experience is reminiscent of a finely aged scotch or cognac.”

Cincoro is made using agave plants that are at least seven years old from both the Highlands and Lowlands of Jalisco, Mexico. The pinas are slow cooked and then separated out by region for distillation, in order to preserve the character that defines each, before being blended together. Finally, the aged expressions are matured in used American whiskey barrels.

Cincoro Gold is now the second most expensive expression from the brand at $350, surpassed only by the Extra Anejo which will run you $1,700. The new tequila won’t be released in the US until October, but will available to pre-order via ReserveBar. But don’t fret, there are plenty of other celebrity tequila brands to sip on while you wait.