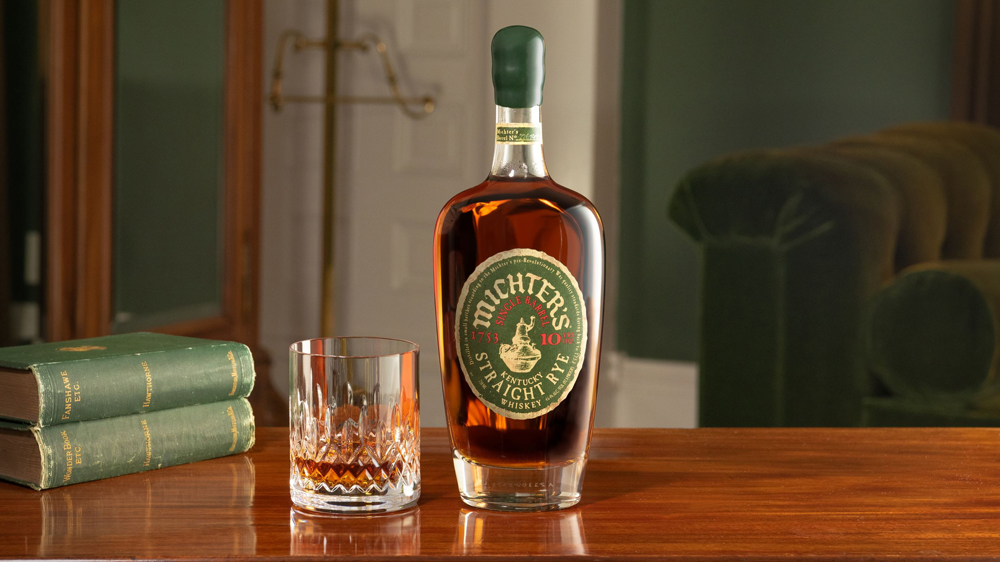 Even in banner times for bourbon fans, there can be disappointment.

Case in point: This spring, Kentucky distillery Michter’s announced that it was delaying its annual 10-year-old bourbon release until 2023 to allow the whiskey to age for another year. In fact, according to the brand, all of its whiskey is currently being allocated because of demand outpacing supply. Michter’s does have a reputation for holding back a release if it’s deemed not to be ready. The late master distiller Willie Pratt was even nicknamed “Dr. No” for his refusal to allow any whiskey to be bottled until it hit the exact right level of maturation.

So perhaps this week’s news about the July release of Michter’s 10-year-old rye whiskey, the first and only bottling for 2022, will provide some comfort to those who are still reeling from the decade-old Michter’s bourbon deficit.

“It may be the only release we do of a 10 Year whiskey this year, but it’s a really special one,” said Michter’s president Joseph J. Magliocco in a statement regarding the rye whiskey’s launch. “At Michter’s, it’s about never compromising on quality rather than maximizing sales.”

Some whiskey fans might take issue with this, arguing that the very nature of this limited-edition whiskey that usually commands prices double or even triple its $185 SRP is all about maximizing sales (although it’s much easier to find than the 20-year-old). That being said, indeed both the 10-year-old single barrel bourbon and rye are virtually always excellent whiskeys. Judging from the tasting notes, the 2022 rye should follow suit. “This year’s Michter’s 10 Year Rye continues to provide a consistent, rich and complex experience with beautiful spice and citrus surrounded by decadent chocolate, caramel and fruit,” said master of maturation Andrea Wilson in a statement. “It is the exceptional balance of sweet and spice with a subtle hint of oak maturity that makes Michter’s so special to those who appreciate a Kentucky style rye.”

Suffice it to say, there are other 10-year-old bourbons and rye whiskeys to try if you can’t get your hands on a bottle of Michter’s. But those with the fortitude and patience to wait should be very pleased with this year’s rye whiskey release, and hopefully 2023 remains on track for the bourbon.