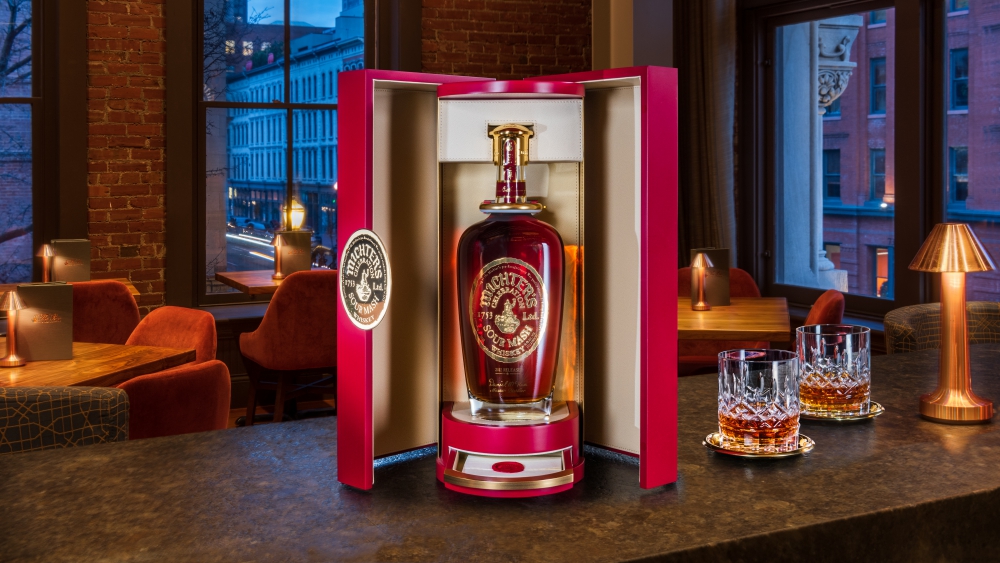 While the core Michter’s expressions are easy to find and affordable, the distillery is also no stranger to high-priced whiskey releases. And one of these, the extremely limited-edition Celebration Sour Mash Whiskey, is set to return to the lineup next month for the first time since 2019.

Michter’s 10-, 20- and 25-year-old bourbon and rye whiskeys are all high-priced bottles, with the oldest age statements often commanding more than 10 grand on the secondary market. Celebration Sour Mash Whiskey has an SRP of $6,000, but you’ll likely find it for double or triple that online—provided you can actually find one of the 328 bottles that are being released of this 112.8-proof blend. This expression was first launched in 2013, and Michter’s president Joseph J. Magliocco has been pleased with the results. “It’s been gratifying to see how whiskeys made in the United States have garnered increased respect and recognition both at home and abroad over the past decade,” he said in a statement.

The 2022 edition was meant to be released in last year, but according to Michter’s supply chain issues resulted in the packaging being delayed so the distillery is launching the whiskey this February. The new edition is a blend of just a few barrels of bourbon and rye with an age range from 12 to more than 30 years old. “This is the second time that I have had the honor of working with our team to produce a Michter’s Celebration release,” said master distiller Dan McKee in a press release. “This edition contains whiskeys personally selected by me from seven extraordinary barrels: three of them Kentucky straight bourbon and four of them Kentucky straight rye.” Master of maturation Andrea Wilson is just as enthusiastic about it. “This whiskey is an exploratory journey of aged bourbons and ryes blended to perfection that leaves your palate captivated with its bold elegance,” she said.

Each bottle comes in a specially designed gift box with a drawer that slides out under the bottle containing a letter signed by McKee. We have not had a chance to try this rarified whiskey, but the official tasting notes detail enticing flavors of rich caramel, orange citrus, vanilla bean, honey, milk chocolate and molasses. Sounds like this might be a good after-dinner whiskey—for that special celebration, of course.