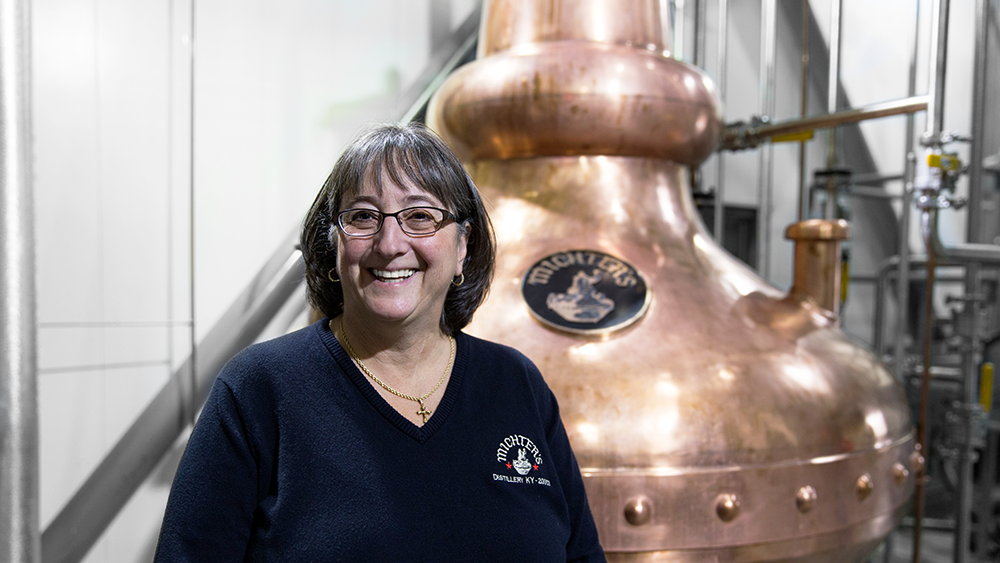 Whiskey people are an inquisitive bunch. So when you’re the master distiller, emerita for a popular American whiskey brand, you tend to field a lot of questions. Just ask Pam Heilmann. (See? Already with the queries.) She was at the helm of Kentucky whiskey-maker Michter’s for the past five years, creating the brand’s award-winning spirits and spreading the word of these inventions to colleagues and enthusiasts alike.

You spent almost eight years selling tractor parts before becoming a metallurgical lab supervisor. Did those jobs train you well for a career as a master distiller?

Not really, except in one regard: There were no women in management in that factory, besides me. None.

I’m assuming you experienced a similar lack of gender diversity when you got into the whiskey business?

I spent nearly 15 years at Jim Beam, most of it as the sole female manager at the Booker Noe Distillery, which was at that time the world’s largest bourbon distillery. When I took the job at Michter’s in 2013, I became the first woman since Prohibition to serve as master distiller at a Kentucky Distillers’ Association distillery.

Do you ever get tired of questions about being a woman in a male-dominated profession?

Moving on . . . Is there a secret you’re willing to reveal about Michter’s production process?

Secrets are secrets for a reason, but I can tell you this: We go to great lengths to maintain Michter’s signature style, including the use of a piece of equipment called a gas chromatography mass spectrometer. It identifies and measures the levels of various compounds in the whiskey.

If you were exiled to a desert island and could take only four Michter’s expressions with you, what would they be?

That’s a tough one. I guess I’d take the US-1 Kentucky Straight Bourbon, Barrel Strength Rye and Toasted Barrel Finish in both the rye and bourbon.

But what about the extremely limited-edition Celebration Sour Mash 2016, which is going for north of $10,000?

Oh, I wouldn’t take one of those. We need every bottle of that we can sell.