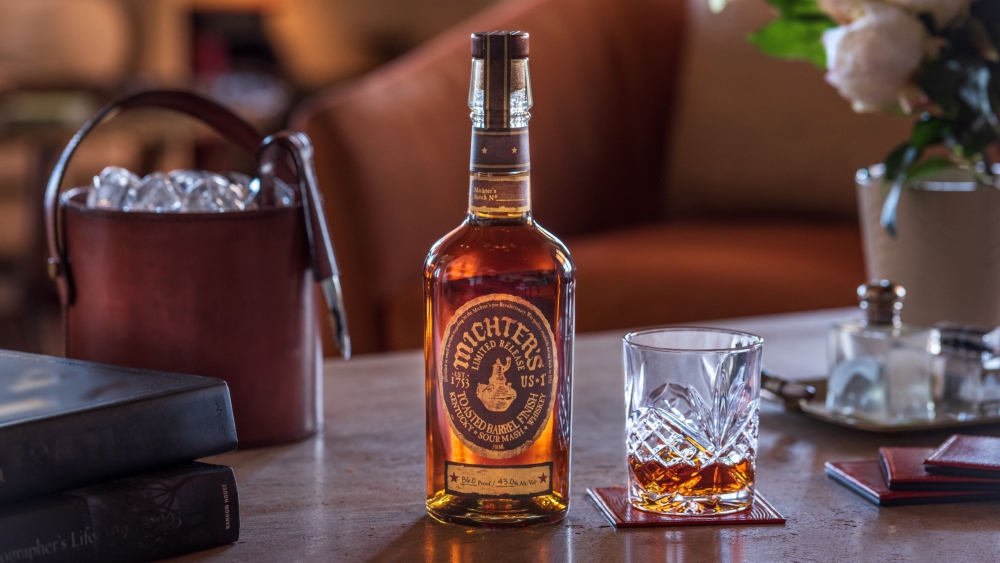 This fall there’s going to be a whole lot of new whiskey releases, as there is every year when the weather starts to cool down in most parts of the country and people start stocking up on brown spirits. And Michter’s will make its mark on this increasingly full docket by releasing, for just the second time, its US*1 Toasted Barrel Sour Mash Whiskey.

The first release of this whiskey came out in 2019, which feels like an eternity ago at this point. First things first—this is a sour mash whiskey, and not a bourbon, because the mash bill has all the right components (corn, rye and barley) but in different proportions (namely less than 51 percent corn as required by law to be called bourbon). And that “sour mash” moniker refers to the fact some of the fermented mash leftover from a previous batch of whiskey is included in the fermentation of the next batch, which is actually a pretty common practice but just not usually highlighted as such. Finally, the toasted barrel finish means that after aging in new charred oak barrels this whiskey is finished for a secondary period in a batch of barrels that were toasted and not charred. The point here is to highlight and enhance specific flavors.

Master of maturation Andrea Wilson explains it further in a press release. “The 2022 Toasted Sour Mash release takes the Sour Mash expression and enhances it by adding notes of smoked honey and gingersnap cookies accentuated by toasted oak, all while honoring the sweet and spicy balance of our US*1 Sour Mash,” she said. “Working on the Toasted series really brings forward the influence of the barrel.”

The suggested retail price of the whiskey is $100, but historically these releases (there have also been bourbon and rye versions) have gone for much higher on the secondary market. Finishing whiskey in a toasted barrel can be a divisive step, and has as many dedicated fans as it does detractors—and not just with Michter’s, but for other distilleries and brands that have released this type of whiskey like Elijah Craig, Daviess County (Lux Row) and Penelope Bourbon. Some people love the effect this has on a whiskey, others don’t really see what all the fuss is about. But for the diehards, tomorrow’s the first day of September so fans of the toasted barrel should put their most comfortable pair of sweatpants on and start scouring online retailers for a bottle.