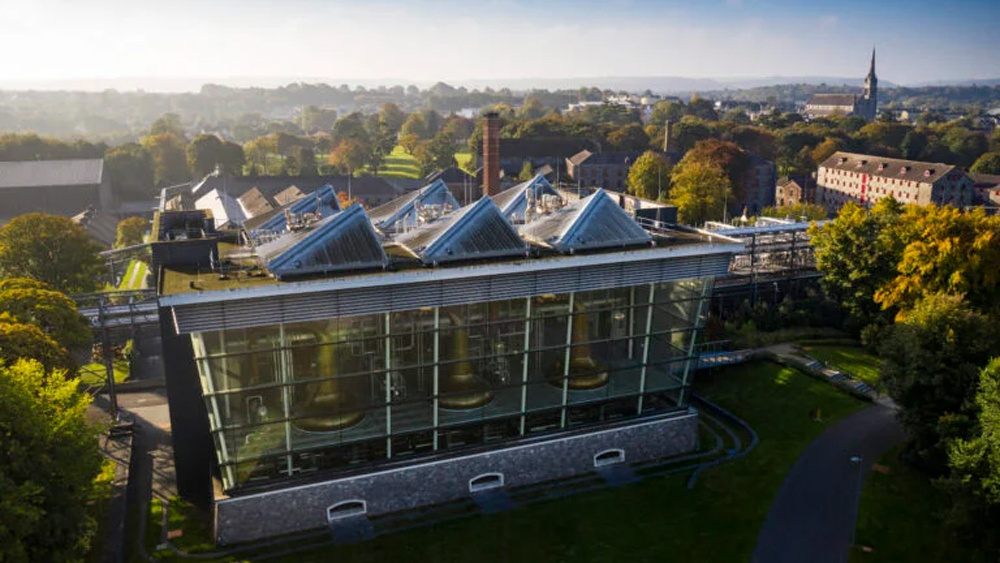 Sustainability is an increasingly important issue in the spirits industry, as it should be. It’s not just about trying to reduce the impact of a distillery’s operations on climate change, although that is arguably the single most important factor. It’s also about the literal sustainability of operations, and cutting carbon emissions is often as much a money-saving process as it is an environmental one.

To that end, Midleton, one of the biggest whiskey operations in the world, just announced its goal to be the first carbon neutral Irish whiskey distillery by the end of 2026.

Midleton, located just outside of Cork in the south of Ireland, is the home of major Irish whiskey brands like Jameson, Redbreast, Powers and the Spots (Green Spot, et al). Irish Distillers, the conglomerate owned by Pernod Ricard that is in charge of these whiskey brands, announced an investment of more than $50 million to achieve the goal of becoming completely carbon neutral in the next four years. This will include switching to renewable energy as a source of power for the distillery, increasing efficiency of operations and recycling the heat that is created as a byproduct of distillation. For this last step, Midleton will begin using mechanical vapor recompression technology to capture, compress and reuse waste heat.

Phase one has already begun with the installation of more efficient boilers that require less fuel to power. The next few years will see the distillery no longer relying on natural gas for power, instead using green hydrogen (created using electrolysis with no carbon dioxide emitted) and biogas as fuel sources. “We understand that our long-term future depends on reducing our reliance on fossil fuels,” said Conor McQuaid, CEO and Chairman of Irish Distillers, in a statement. “We are confident that by making this bold and brave move into the future, we will leave fossil fuels behind for good. Through the delivery of this plan, we hope to play our part in supporting Ireland’s decarbonizing strategy while also aligning with Pernod Ricard’s commitment to follow a Net Zero trajectory by 2050.” That sounds like something we can all raise a glass to.