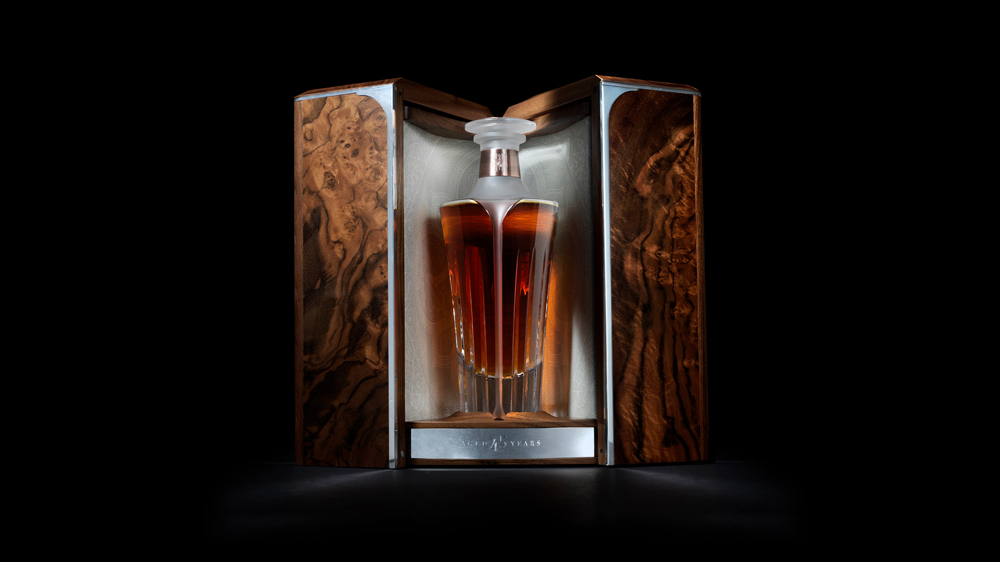 A reminder about one of the most important truisms in whiskey: Just because it’s old doesn’t mean it’s good. A lengthy age statement does mean the bottle will be more expensive, however, and sometimes exorbitantly so. But often that’s because it’s literally some of the last remaining liquid that a distillery produced, and once it’s gone it’s just a tipsy memory. Now, very old whiskey can indeed be delicious, but more often than you’d like to admit it’s overly oaky and tannic from decades spent inside a barrel. So when you find a whiskey approaching a half century old that doesn’t kick you in the taste buds with intense barrel flavor, buy a bottle and thank the distillery staff for paying such close attention to that precious liquid. Such is the case with the new Midleton Very Rare Silent Distillery Collection Chapter Two, which will set you back $45,000 for a bottle. If you can afford it, consider buying two—one to drink and one to hold on to. There will be six expressions in total released through 2025 (this is the second), each one a different liquid produced at the Old Midleton Distillery just outside of Cork in Ireland.

In 1975, the New Midleton Distillery replaced the old one and continues to be a whiskey powerhouse to this day producing brands like Jameson, Powers, Redbreast and many other well known labels. According to master distiller Kevin O’Gorman, unlike some shuttered ghost or silent distilleries in Scotland, Old Midleton will not find new life in the coming years. But perhaps you can visit those days of whiskey past by sipping from this bottle. It is a truly layered, complex single pot still Irish whiskey that has been on quite a journey since it was distilled in 1973 by master distiller Max Crockett. The whiskey comes from a single barrel that yielded just 70 bottles at a cask strength of 53.6 percent. This is stronger than you might expect after decades in a warehouse, likely due to it being barreled at higher proof than it would be today according to O’Gorman. The distillate was initially put into first-fill American bourbon barrels and refill Oloroso sherry butts, where it spent about 20 years. Then the whiskey was recasked into refill bourbon barrels, followed by first-fill port pipes and finally back into a refill American bourbon barrel for its final years.

This 46-year-old whiskey is a big, fragrant, spicy dram. On the nose, there is tropical fruit, plum, black currant and dark summer berries. A sip reveals a palate that changes over the course of the time it stays in your glass, opening up with a bouquet of spice, fruit, chocolate, espresso, cafe au lait and apricot notes. That spice returns on a lovely warm finish that lingers for a few seconds. Again, this whiskey is (thankfully) not an oak bomb, which O’Gorman says is due to the liquid being recasked in refill casks over the course of its maturation period, easing the influence of the wood.

Indeed, MVR Silent Distillery Collection Chapter Two is extremely rare, so it will require some work to procure a bottle. The presentation is pretty special, which you’d expect with such a high price tag—the whiskey comes in a hand-blown, individually numbered Waterford Crystal decanter housed in a wooden cabinet made by Irish designer John Galvin using reclaimed wood from very old whiskey barrels. But this decades-old spirit is not a bitter, undrinkable timepiece that will gather dust on your shelf for posterity’s sake; on the contrary, it’s actually fun to sip, and pretty tasty at that. And that’s the whole point of whiskey, isn’t it?

This isn’t a bottle you’ll find at your favorite liquor store—especially with such limited quantities available in the U.S.—so the distillery advises anyone interested in acquiring one to email: info@midletonveryrare.com.