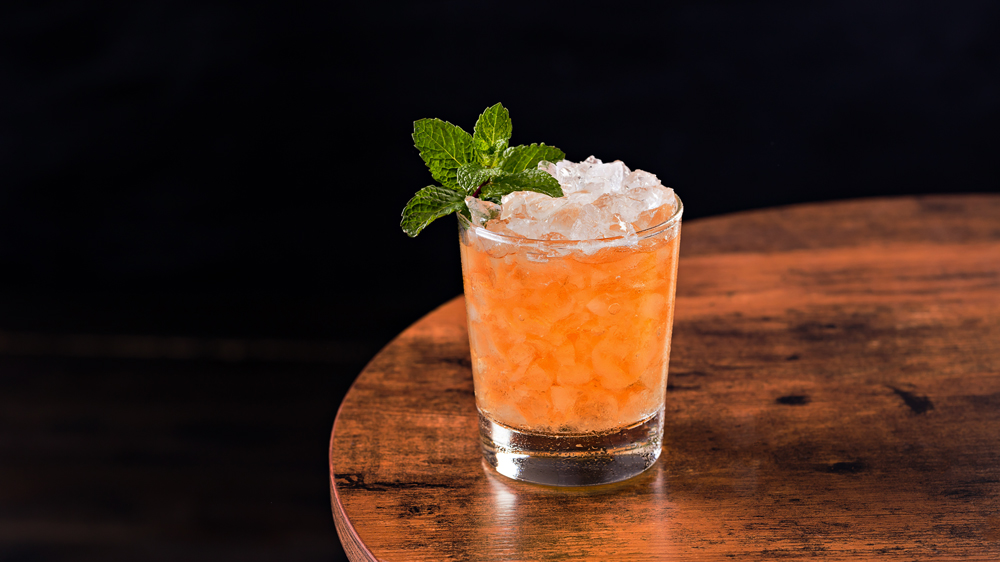 Fernet Branca, since it was invented in Milan 175 years ago, has been many different things to many different people, but the one thing it has always been to everyone is intense. Brashly, extravagantly, almost garishly intense.

Taxonomy-wise, Fernet Branca is an acutely bitter herbal liqueur with a strong mint-menthol character, but in practice it’s more of an initiation ritual. You’re nearly guaranteed to dislike your first sip, which feels, at the time, indistinguishable from punishment. People amuse themselves trying to describe it—I’ve heard, variously, “licorice-flavored mouthwash,” “hipster-Jägermeister simmered in wood chips,” and “the kind of after-dinner mint they’d offer you in Hell.” From the moment it hits your tongue it comes out swinging, all heart, the liquid equivalent of Sonny Corleone. If Fernet Branca were a piece of music, it would be a looped recording of the entire orchestra’s instruments being dropped down an elevator shaft. And all of this is coming from someone who loves it.

Originally, in 1845, it was created as medicine, supposedly alleviating everything from nervous indigestion to cholera. In the early 1900s, it was a taste of home for the millions of Italians who had relocated to Argentina, and to this day Argentina’s national cocktail is Fernet & Coke. In the 1920s it was salutary again, this time in America, as it tasted sufficiently medicinal to be sold in pharmacies during Prohibition, ostensibly impossible for teetotalers to understand why anyone would drink it for any other purpose.

U.S. demand all but dried up towards the end of the century, but was resurrected in the early 2000s by bartenders, chiefly in San Francisco, who fought through the initial shock and managed to acquire the taste. At first it’s startling, sure, but the next time you try it’s a little better, and the next time better still, and that’s when the cravings start, slowly at first, like an itch that’s impossible to scratch any other way. It’s a flavor you have to try to start liking, a product of effort, and therefore Fernet Branca was (and still kind of is) the so-called “bartender’s handshake,” a way to identify each other—it’s a taste so foreign, so unpleasant to the uninitiated, that it serves as a shorthand to distinguish between cocktail people and non-cocktail people. The perennial us and them. And if that sounds pretentious to you, well, I’m not here to say you’re wrong. All I can say in our defense is that it’s not an affectation—we really do enjoy it.

The vast majority of Fernet Branca in this country is taken as a shot, and indeed, getting it to play nice in cocktails can be a bit of a challenge. Usually it’s a quarter ounce here or a half ounce there, adding fireworks to stirred aged spirits or punching up things like coffee or Coke, which is one of the reasons the Midnight Stinger, calling for one full ounce of Fernet Branca, stands apart.

A Stinger is a classic cocktail, a two-step of cognac and creme de menthe. The Midnight riff comes to us from Sam Ross, then of the legendary Milk & Honey, and turns the classic into a sour, bringing lemon juice to tart up the old Stinger profile but subbing bourbon for cognac and Fernet Branca for the mint liqueur. And while it seems rude for mint to RSVP only for Fernet Branca to show up, it turns out that arriving with bourbon is a good way to be let in the door. The cocktail is a fantastic way to get acquainted with Fernet Branca, and who knows? Give it some time and you might even come to like it.

Shake 4 to 6 seconds on a handful of crushed ice, pour ice and cocktail into a rocks glass, pack with more crushed ice and garnish with a mint sprig.

Fernet: This whole article is about Fernet Branca, which is the first and most popular of the Fernets, a subclass of amari distinguished by a mint-menthol character. There are dozens of different Fernets. I personally like the one made by the Branca family best, but suffice to say that opinions divide (avoid, at all costs, conversations with bartenders about which is the “best Fernet”). Of all the others I’ve tried, I think Arcane Distilling’s Fernet, from Brooklyn, is my favorite. Feel free to make this cocktail with a different Fernet if you have a mind to. I’ve never tried it with anything but Branca—I suspect it would work, but your mileage may vary.

Ice: This drink tastes best with the deep chill and generous dilution of crushed ice. You can buy crushed ice at a local ice company or at a Sonic Drive Thru, or you can just crush it yourself in a food processor, blender or with the old handy smash-with-a-dishtowel-and-rolling-pin method. If you can’t be bothered, it’s not such a big deal, just make sure that you shake long and hard—a full 12-to-15-second shake on ice—to put some space between this drink’s big flavors.

Bourbon: There’s usually a clear best style of bourbon for each individual cocktail, but here it doesn’t matter much. I suppose I narrowly prefer a high-rye bourbon like Wild Turkey 101 or Bulleit because it underpins the Fernet’s prickly menthol, but sweeter bourbons work well too. This is a Fernet Branca drink, not a bourbon drink, so use whatever bourbon you’ve got.

Simple Syrup: Equal parts sugar and water and stir to dissolve the sugar. Hot water will make the sugar dissolve faster. It takes less than five minutes to make and it’ll last a month in the fridge—toss when it gets carbonated (fermenting) or cloudy (mold).