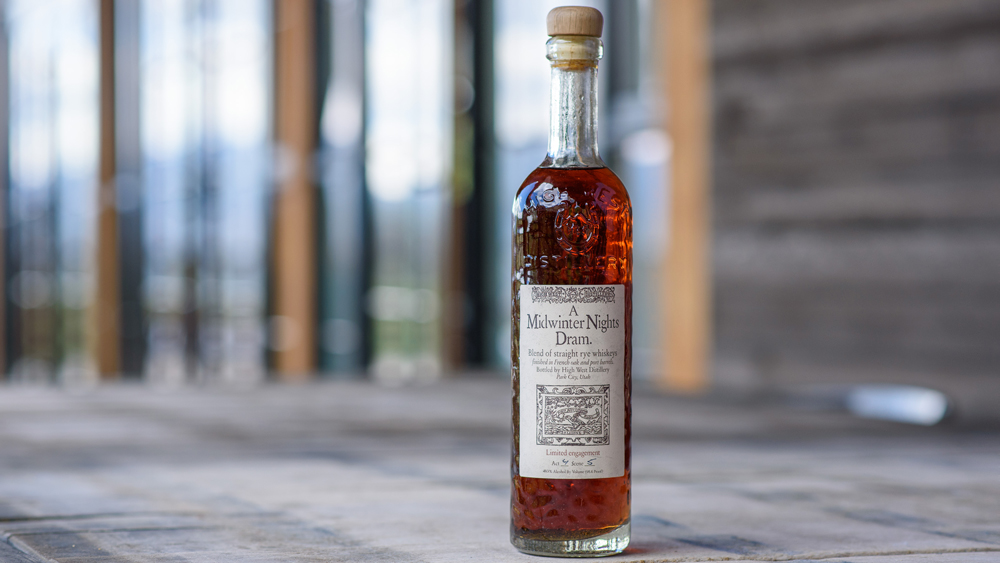 For six years running, Utah’s High West Distillery has ushered in the holiday season with the release of a straight rye whiskey blend: A Midwinter Night’s Dram is the whiskey’s name, and, for the theatrically nescient, that name is a nod to a centuries-old play written by an English chap named Shakespeare. Like the play, the whiskey seems only to be getting more popular with age. Indeed, this particular annual release from High West—Utah’s first legal distillery since 1870—generates so much buzz among ardent fans that it’s earned the “cult offering” designation, which is another way of saying there’s hardly enough supply to meet demand.

The just-released A Midwinter Night’s Dram Act VI ($100) is undoubtedly the most hotly anticipated installment yet, as the blend boasts something its predecessors do not: whiskey made on-site in High West’s own stills. Previous blends comprised spirits gleaned from distilleries contracted by the brand, such as Barton 1792 Distillery in Kentucky and Midwest Grain Products of Indiana. Nearly a decade and a half into its existence (and two years after being acquired by Constellation Brands for $160 million), High West has gone all in on in-house production at its shiny new 30,000-square-foot facility just outside Park City.

Like its forebears, the Act VI is finished in French oak port barrels and bottled at 98.6 proof. The whiskey offers a splendorous bounty of aromatic awesomeness, with notes of toasted pecan, pinecone, Bing cherry, and rich custard pie on the nose. It’s the olfactory equivalent of cozying up fireside in a ski lodge with a plate of warm oatmeal raisin cookies . . . and whiskey, of course. Not to be outdone by the noteworthy nose, an impressive flavor profile comes right up front with cedar, molasses, dark chocolate, and gingerbread. Once the whiskey has had a chance to settle on the palate, cloves, dark berries, candied ginger, and tart citrus notes make the scene and linger throughout a robust finish.

It’s worth mentioning that the latest allocation of A Midwinter Night’s Dram is infinitesimal, but, like the Bard wrote in the play that inspired the dram, “though she be but little, she is fierce.” And a little fierce whiskey is surely worth at least a little effort.