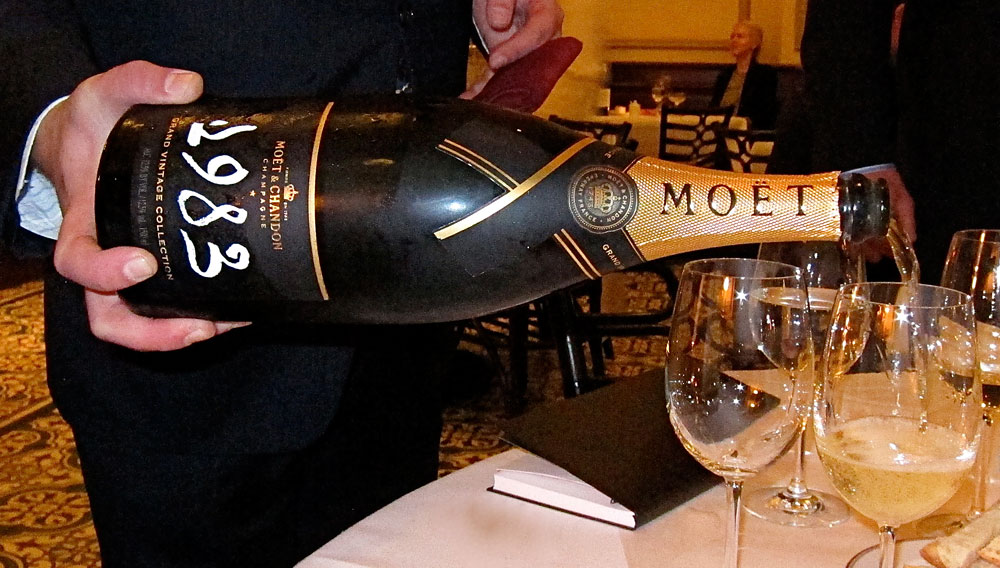 Since 1842, when the 270-year-old house of Moët & Chandon began maintaining records, it has produced only 70 vintage Champagnes, each one representing an exemplary harvest. But the two latest releases—Moët & Chandon Grand Vintage 2004 Brut ($60) and Grand Vintage 2004 Rosé ($68)—may be the most spectacular yet. That is partially because, unlike past Grand Vintages, most of which have been aged for up to six years, the 2004 vintages have spent seven years on the lees, allowing one more year to further deepen the complexity of these already vibrant Champagnes.

“The rule at Moët is to double the minimum amount of time allowed by law for aging our wines,” says Benoît Gouez, the chef de cave for Moët & Chandon. “For vintage Champagnes, the minimum by law is three years, but now we have gone beyond our own six-year rule and have increased the aging to seven years. That not only gives more complexity to our wines, but also more integration on the palate, and because of the greater maturation, even finer beads [bubbles] in the glass.”

The Grand Vintage 2004 Rosé, by comparison, with its blend of 45 percent Pinot Noir, 31 percent Chardonnay, and 24 percent Pinot Meunier, has delicate notes of black currant and dark chocolate, with a touch of toasted bread crust in its silky finish. Both Champagnes follow the house’s style of fruit-forward wines, which becomes apparent when past vintages are sampled side by side.