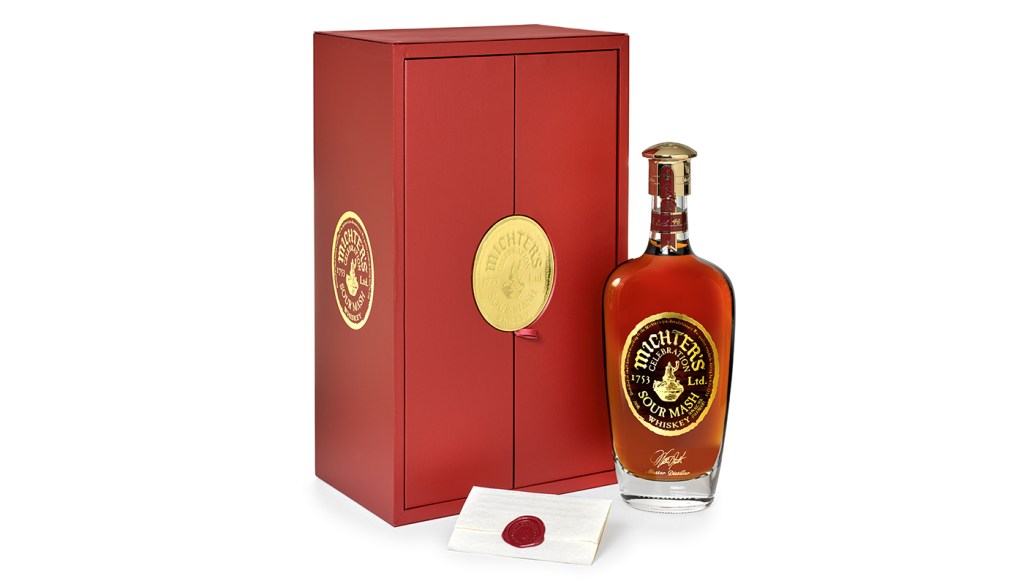 In 2013, Michter’s released its Celebration Sour Mash whiskey. At $4,000 for one of the 273 bottles available, it was at the time the most expensive American whiskey ever released. Three years later, a second batch—2016 Michter’s Celebration Sour Mash—was released. The last Celebration blend put together by Willie Pratt before he retired, his swan song is $5,000—a bit pricier than its predecessor. And with 256 bottles released worldwide, it is a little rarer. Joseph Magliocco, Michter’s president, didn’t want to simply make a whiskey for the luxury market. “With Celebration,” he says, “we wanted to make an American whiskey that’s as good as anything being made anywhere else in the world. And I think we’ve succeeded.”

To realize their goal, Pratt created a new blend of six different Kentucky straight bourbons and ryes, aged from 10 to almost 33 years, and bottled it at cask strength, 58.4 percent alcohol by volume. The result comes on like a bourbon, with rich caramel, vanilla, and honey notes, but evolves like a rye, dry and spicy, with lots of oak present on the long, dry finish. It’s got Michter’s trademark big, powerful flavor profile, but the combination of the whiskeys in the blend make it resonate on the palate even more deeply, with greater complexity.

The packaging is similar to the 2013 Celebration. An elegant red wood-and-leather box opens to reveal the bottle; the 18-karat gold on both the stopper and the label was applied in France. A drawer beneath the bottle contains a wax-sealed envelope with a letter signed by Willie Pratt. (michters.com)