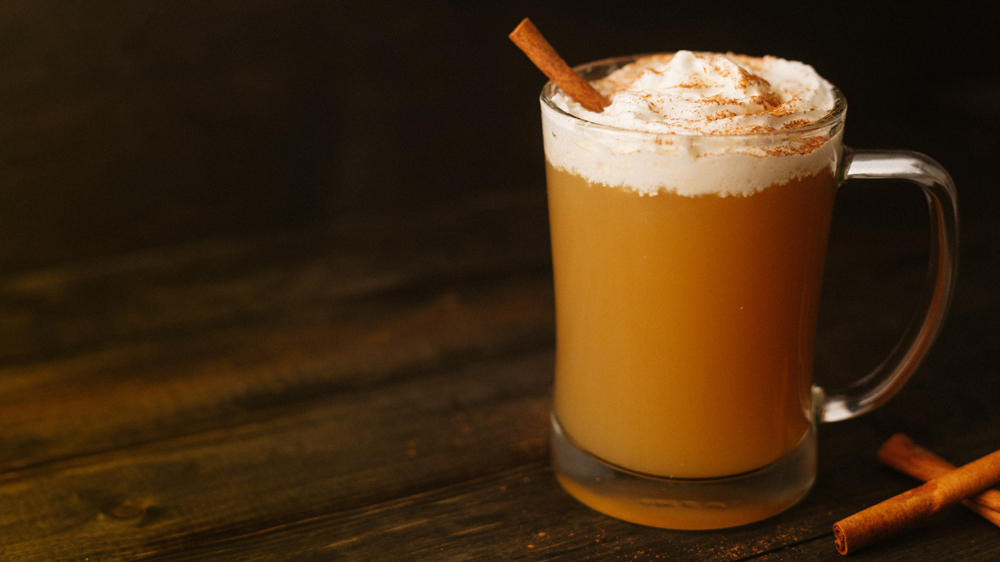 A few years after the Revolutionary War, once he turned 18, a bizarre young man named John Chapman decided to head west with his brother. He was a missionary of a lesser known branch of Christianity, which he believed commanded, among other things, total celibacy until marriage and fervent respect for all animals big and small (he once doused a fire on a cold night because he realized it was killing mosquitos). Despite his eccentricities, this barefoot hippie virgin was quite popular with both Native Americans and frontiersmen alike, mostly because he was so fond of planting apple orchards, and then once the trees grew, selling them to locals. And unlike the kids version of this story that you’ve almost certainly already heard, this man—“Johnny Appleseed,” as he was called—wasn’t universally loved because the early Americans adored apple cobblers and fruit salad. No, his apples—like almost all apples back then—were hard cider apples, and they celebrated him because he was getting them drunk.

Forget pie—there is nothing more American than alcoholic apple cider. It was so valuable in early New England that it was literally used as currency. John Adams would drink a “tankard” of cider every morning for good health. The first distillery license in America, U.S. License #1, was given in 1780 to a cider distillery called Laird’s to make apple brandy (which it still does, and is still family owned). Our current understanding of apples as a sweet crunchy fruit is a recent phenomenon: “Up until Prohibition,” writes Michael Pollan in The Botany of Desire, “an apple grown in America was far less likely to be eaten than to wind up in a barrel of cider.”

In the cocktail world, we keep to this American tradition as well, though ours is usually the other cider (the non-boozy kind), unfiltered apple juice, which we mull with spices, spike with spirit and deploy in the dead of winter for some much-needed warmth.

Mulled Apple Cider cocktails are phenomenal. They’re worth making for the smell alone. The aromas of fruit and spice fill your house and enrapture everyone in the building like a visible aroma cloud from the cartoons, lifting all who smell if from their feet and bringing them tractor-beam-like to the simmering pot. That it tastes as good as it smells is about the biggest compliment anyone could ever give, and the effect of drinking it warms you from the inside in a way you otherwise can only get by watching videos of soldiers coming home to their dogs.

I manage a cocktail bar in San Diego—not exactly a winter wonderland—and my hot apple cider drink is the only cocktail I’ve ever created that I bring back every single year: partly because it’s seasonal, partly because I love it, but mostly by popular demand. People just start ordering it in mid-November, even when it’s not on the menu. I’ve been personally threatened if I didn’t bring it back, and only half in jest. It’s really very good.

It is, in fact, not terribly hard to make a decent mulled cider cocktail with no prior knowledge at all. Any slapdash attempt at combining these flavors will yield a B- cocktail at minimum, so you don’t really need to pay attention to all the variables. This is probably why there are what seem like several thousand food blogs advertising their mulled apple cider cocktail and why so many of them seem to get the main points wrong, so this is my PSA, some dos and don’ts of how to make an exceptional mulled apple cider cocktail, and avoid some of the more dangerous pitfalls.

Designed for an 8 oz. mug. Scale up as needed.

Pour whiskey and cider into a pre-heated mug, leaving a little less than one inch of room from the rim. Gently pour half-whipped unsweetened cream so it layers on top. Garnish with a pinch of ground cinnamon. Take a sip and reflect on how some parts of winter are actually pretty nice.

Notes on Ingredients and Technique

Cider: If you own a juicer, odds are it’s in the back of a cabinet somewhere, and you never pull it out because you barely remember how the pieces fit together and you distinctly remember how long it takes to clean. Well, that’s all true, but I’ll say up front that juicing your own apples is the single most important thing you can do to make your cider as good as it can be. Grab equal amounts of sour (e.g. Granny Smith), neutral (e.g. Yellow or Red Delicious), and sweet (e.g. Fuji) apples, and juice them all together. The juice will start to oxidize and turn brown. That’s ok.

If you can’t juice your own apples, it’s worth a small amount of work to find some quality unfiltered apple cider. You may need to go to a specialty grocery store for this. It should be non-alcoholic, brownish, and opaque.

If all you can get is mass market stuff at the supermarket, you should still be able to find an unfiltered juice. It’ll be a little sweeter than you want, but we have ways of dealing with that, below. If all you have is Motts or Juicy Juice, you can still make this drink and it’ll still be good, but it will lack complexity. Bottled apple juice is simple and sweet and is largely made for children.

Spices: For every 16 oz. of juice, add two smashed cinnamon sticks, six cloves, and a quarter of a bulb of nutmeg. You technically can use powdered versions of these, but I wouldn’t—the pre-ground stuff tastes like a copy of a copy, and it’s not like whole spices go bad once you’ve bought them.

Optional additions here are a star anise pod, which will give a licorice note (not my thing, but you do you), and two or three orange slices, which I don’t like but you’re certainly welcome to if you want. For me, when I cook citrus juice it always tastes like a multivitamin, but I understand some people like it.

Simmer: You’ll need to put your cider and spices together, and simmer them. I see some recipes calling for a four-plus-hour cook, which is crazy. There’s really no reason to simmer this longer than an hour, and I only do 30 min. It gets plenty of spice in a half hour.

You can do this in a covered pot, or in a crock pot or pressure cooker or slow cooker. The two important bits here are that there’s a lid, because you’ll not want to concentrate the sweetness (more on this below), and that you don’t add the alcohol until you’re ready to serve.

Sweetness: Unless your aim is to make dessert, excess sweetness is your enemy. Apples are already plenty sweet. If you were able to juice your own, the tartness of the Granny Smiths will help, but you still don’t want to reduce the liquid, because this will just make the inherent sweetness more intense. My recommendation is to take note of how much liquid you have when you turn on the heat, and then compensate for any evaporation by topping off at the end with a spot of water. You’re cooking to heat it and to infuse the flavors from the spices. You’re not making an apple demi-glace.

And whatever you do, don’t add sugar or maple syrup. Unless of course you’re trying to turn this into a liquid pie, in which case do whatever you like.

Spirit selection: This template is pretty agreeable to whatever aged spirit you have around. Bourbon works, rye works, scotch, cognac, apple brandy and aged rum all work, but I believe the ideal spirit is the mild softness of Irish whiskey, which is a natural match for apples and spice. Jameson, Bushmills and Tullamore D.E.W. are all classics and perfectly acceptable here, and there are some exciting upstarts like The Busker, but my personal favorite brand is still Redbreast 12, which has a flavor that, like a great server or bartender, is somehow present when you want it to be and absent when you don’t.

Pre-warming the mug: Just like with the Hot Toddy, you want to make sure your mug is heated before you put the cider in there. You’re already mixing the cider with a couple ounces of room-temperature booze, so if you don’t pre-heat your mug, it will get cold too fast. Pour some boiling water in your mug, let it warm the mug for 30 seconds, then pour it out. Now you can add your spirit and cider.

Finishing touch: It will still have a bit too much sweetness for what we normally think of a balanced cocktail. There are a few things you can do here. You could just deal with it. You could add a squeeze of lemon or lime. Or, we could poach a trick from the Buena Vista Cafe in San Francisco, home of the best Irish Coffee in the world, and do what they do: take unsweetened heavy cream, and lightly whisk it until it has form but is still pourable, and then layer about a half inch on top. This helps keep it warm, keep the alcohol from becoming volatilized, and has the added benefit of mitigating the sweetness all the way until the last blissful sip.