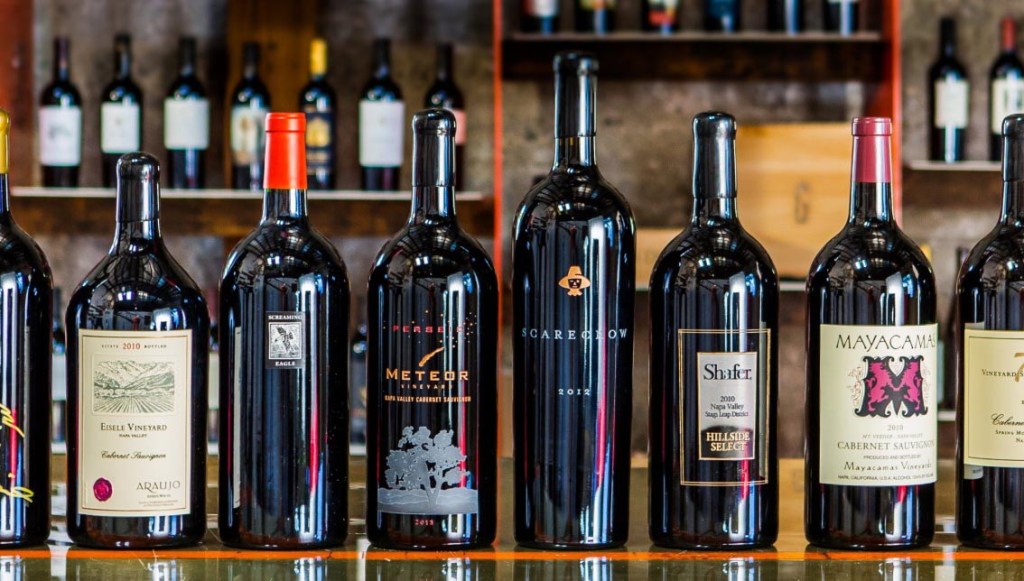 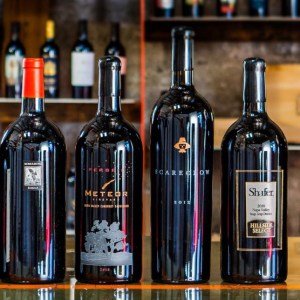 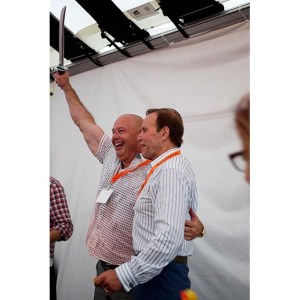 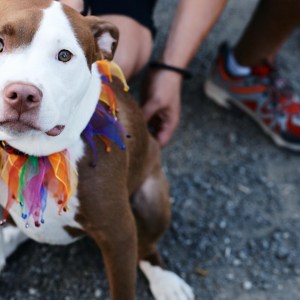 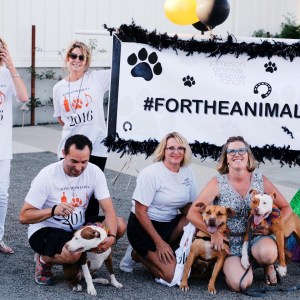 WineaPAWlooza 2016, one of the nation’s premier wine auctions and lifestyle events held annually in Napa Valley, raised more than $1,750,000 for an important cause—saving animals —by teaming up with the most acclaimed vintners, wineries, and vineyards in the Valley and United States. Hosted at Gamble Family Vineyards, WineaPAWlooza is a charity event produced by Jameson Animal Rescue Ranch (JARR), a world-class animal rescue organization that exemplifies the values of quality, commitment, and generosity of the Napa Valley.

Led by reputable wine auctioneer Fritz Hatton, Saturday’s live and silent auctions raised over $1 million by offering some of the most unique and sought after wines and wine experiences available in the country. The most coveted lot featured Napa legends Andy Beckstoffer and Russell Bevan and was auctioned to two bidders for $150,000 each. To close out the night, a fund-a-need paddle raise generated an additional $600,000+ from generous animal lovers attending the event. The Grand Tasting earlier in the evening featured 50+ premiere wineries and restaurants from around the Valley.

“It was an unforgettable evening at Gamble Family Vineyards,” said Monica Stevens, founder of Jameson Animal Rescue Ranch. “I am incredibly humbled by the generosity of Napa Valley and our big-hearted guests and volunteers. So many individuals contributed their heart and soul, as well as time and effort, to make WineaPAWlooza 2016 off-the-charts spectacular. This will go incredibly far to help the animals and the cause.”

While JARR raised approximately $1,200,000 in the first two years of the event, 2016 more than doubled the cumulative funds to date. Proceeds from the auction will be put toward fulfilling JARR’s vision, including the construction of a state-of-the-art, cage-free animal rescue and sanctuary.

A sample of the spectacular lots and their auction tags:

Andy Beckstoffer, owner of Beckstoffer Las Piedras Vineyard, and Russell Bevan, of Bevan Cellars, joined together to offer the most prized auction lot of the evening which sold twice. Andy generously gifted his finest grapes from Beckstoffer Las Piedras Vineyard, arguably one of Napa Valley’s most prestigious vineyards. This will be produced into wine crafted by famed 100-point winemaker Russell Bevan. Each lucky bidder will soon own a barrel of blue chip Cabernet Sauvignon and debut the wine among friends with Bevan guiding the tasting in Napa Valley. The highest bidders will also be Russell and Victoria’s guest at their home for an unforgettably fun afternoon of food and wine.

This extraordinary auction lot featured 75 magnums from a “who’s who” list of the hard to acquire, small production wines in the Napa Valley and beyond. The highest bidder has an instant collection of magnums from some of the most sought-after labels in the Napa Valley, including Harlan, Colgin, Dalla Valle, Dana Estates, Realm Cellars, Vine Hill Ranch and more.

A full breakdown of all the lots can be found here: http://www.jamesonanimalrescueranch.org/wap-2016-lots.

Founded in June 2014 by David and Monica Stevens (proprietors of 750 Wines), Jameson Animal Rescue Ranch (JARR) is a no-kill rescue and sanctuary in the Napa Valley for companion and farmed animals in need. The nonprofit provides transitional and permanent shelter, adoption and rescue services, humane education, animal advocacy, and is committed to ending animal hunger, cruelty, and overpopulation. JARR also collaborates with and acts as a liaison for various animal rescue groups locally and statewide.

JARR’s vision includes building a state-of-the-art, cage-free animal rescue and sanctuary uniquely serving the physical and emotional needs of all of its companion and farmed animal residents. Renowned architect Howard Backen of Backen, Gillam & Kroeger Architects and Tim McDonald of Centric Construction are leading the building and design team for the Ranch.