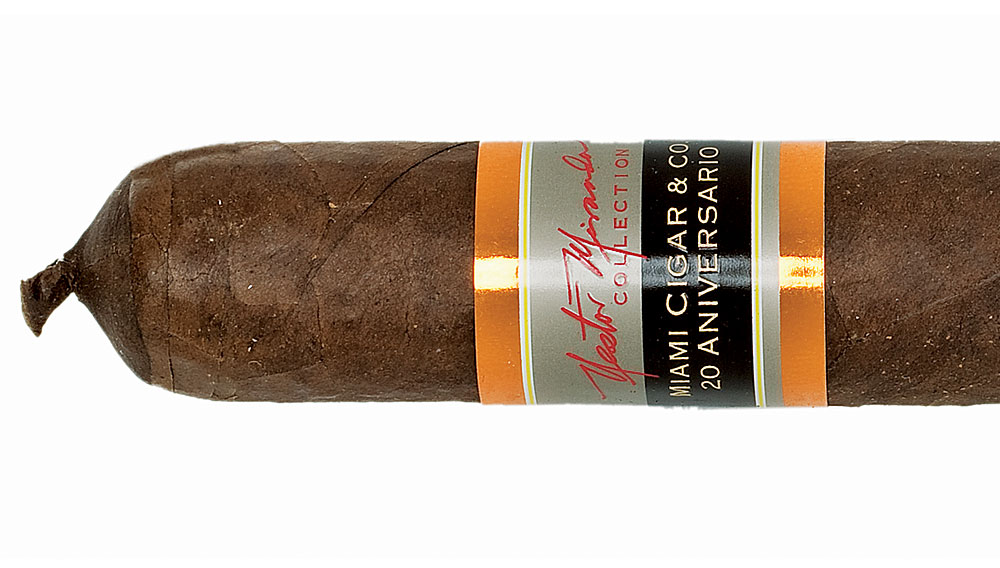 In 1989, Nestor Miranda of Miami Cigar & Company launched Don Lino, which became one of the most sought-after brands of the cigar boom in the 1990s. Last year, after a series of ebbs and flows in the business, he created another superstar, the Nestor Miranda Danno (www.nestormirandacigars.com, $9), named after his late son, Daniel. Miranda made this mammoth 7 x 56 smoke with the renowned Jose “Pepin” Garcia in his Tabacalera My Father factory in Estelí, Nicaragua. Expertly rolled and capped with a Cuban-style pigtail, this puro features a Nicaraguan filler and binder and is available with either a medium-bodied Nicaraguan Rosado wrapper or as a fuller-flavored Nicaraguan Habano Oscuro. This thick and creamy smoke is worthy of the finest Armagnac.