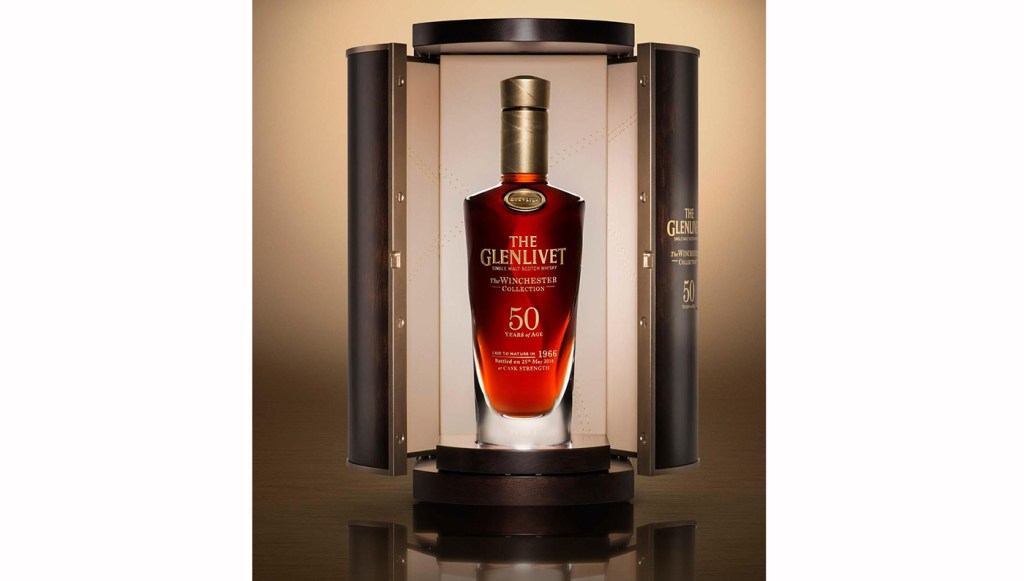 In 1966, Lyndon Johnson was president, Sandy Koufax was the best pitcher in baseball, and Frank Sinatra had a hit single with “It Was a Very Good Year.” It was certainly a very good year, especially for whisky, judging by one particular cask laid down at the Glenlivet distillery, which began a 50-year journey that culminated in its release this fall as the Glenlivet Winchester Collection Vintage 1966.

Current master distiller Alan Winchester, who has held the post since 2009 and for whom the collection is named, wasn’t even of drinking age when Robert Arthur distilled the whisky that would become the second edition of the Winchester Collection (the first was released in 2014). But Winchester certainly deserves a share of the glory, having worked at the Glenlivet distillery in various capacities for much of the cask’s half-century. And of course, it is he who shepherded the whisky from cask to bottle. Still, Winchester says, “I’ve always said in my tenure that we’re guardians, we’re passing through. It’s a testament to Bob Arthur and previous distillers who’ve been looking after this.”

The Winchester Collection Vintage 1966 is vastly different from Vintage 1964, the first in the series (Winchester says the collection is not intended to be annual: “We release them depending on what we find.”). The ’64 was aged in ex-bourbon barrels, while the ’66 was aged start to finish in ex-sherry casks, imparting a very different flavor profile. The whisky opens with powerful notes of vanilla and honey, which quickly morph into sweet, tart, slightly bitter orange marmalade, followed by dark raisin and spicy, oaky notes. The ride ends in a long, drying finish that begs for a repeat performance.

The package is as elegant as the whisky inside. A cherrywood cabinet houses a hand-blown glass bottle that is topped with a gold stopper. Embedded in the stopper is an amber-hued smoky quartz cairngorm stone, meant to evoke the liquid inside. Only 100 bottles are being released worldwide, each priced at $25,000. More 50-year-old whiskies are planned for the Winchester Collection, but for connoisseurs of sherried single malts, Vintage 1966 is not to be missed. (theglenlivet.com)