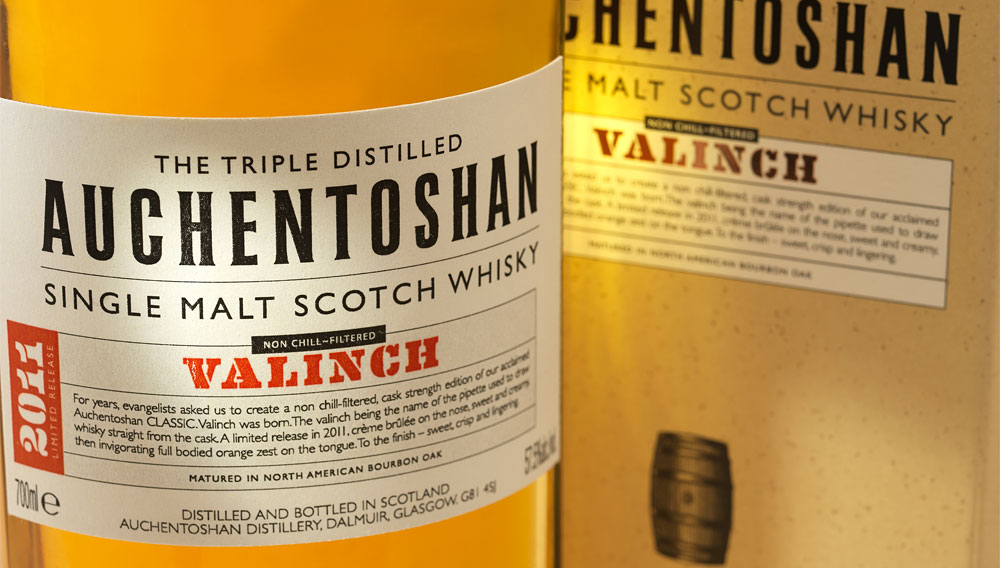 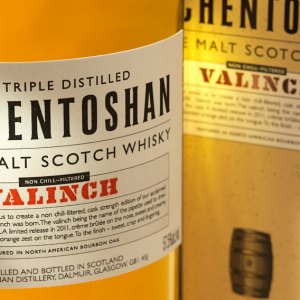 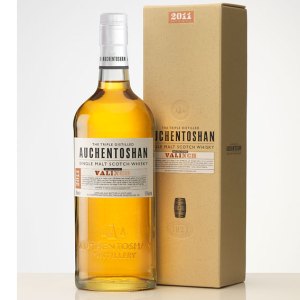 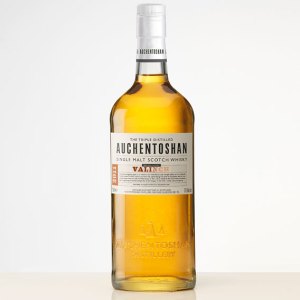 When it comes to single malt, most people think of the Scottish Highlands. However, Scotland’s three remaining Lowland distilleries typically produce much gentler whiskies. Most notable of these is Auchentoshan (pronounced “ock-un-tosh-un”), the only distillery that uses triple distillation—a process normally associated with Irish whiskeys—to provide greater finesse to its unpeated single malts.

But now, almost going against its own tradition, there is a heftier, cask-strength version of the normally mild and grassy Auchentoshan Classic. Christened Auchentoshan Valinch ($59.99), it is named after the long copper tubes used by master blenders to extract whisky directly from barrels for nosing and tasting.

Consequently, Auchentoshan Valinch is non-chill filtered and bottled at a cask strength of 115 proof. Sweet ginger, citrus, and roses abound in alcoholic profusion but can be tamed by adding a wee splash of distilled water to the glass, which brings out more of Auchentoshan’s signature floral characteristics. Only 10,000 bottles of Auchentoshan Valinch are being released, of which 1,200 have been reserved for the United States. It’s the next best thing to being in the distillery with senior blender Jeremy Stephens and securing a sample from his own valinch. (www.auchentoshan.com)