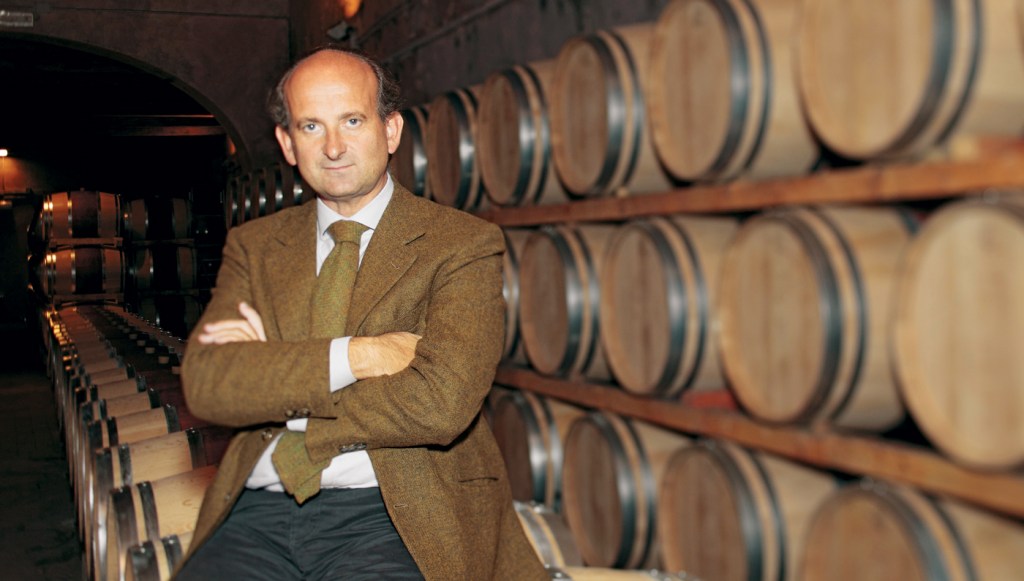 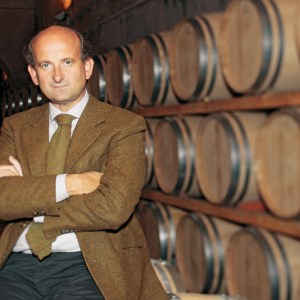 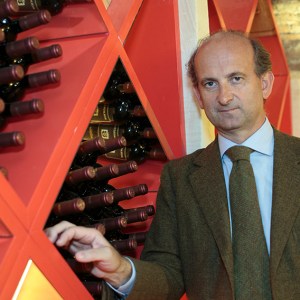 From birth, Lamberto Frescobaldi was immersed in tradition. As a member of one of Tuscany’s oldest families, he literally grew up walking the halls of history, whether at the Frescobaldis’ palazzo near the Basilica of Santo Spirito in Florence or at Castello di Nipozzano, their medieval estate in Chianti Rufina. Despite this pedigreed tradition, Frescobaldi—along with other members of his family—has labored to bring the winemaking dynasty’s business into the 21st century, deploying renewable-energy systems and sustainable practices while remaining committed to the finest quality. The 700-year-old firm recently made another concession to modernity when it dropped the family’s aristocratic title from its name to become Frescobaldi Toscana. —BRETT ANDERSON

Frescobaldi is a number of estates that operate very independently to produce different wines. To some extent, they compete with one another, but each place is unique. So we decided to put the name Frescobaldi first and then to add Toscana, which is our region. We think that this will better communicate who we are to millennials, whether they are in India or Jakarta or Brazil.

Millennials have a knowledge that their parents didn’t have. I’ve seen my parents’ generation, when going out for dinner, choose a great restaurant for the food, but sometimes they were loose about what they were drinking. With my generation, that changed. More and more wine bars opened, and good restaurants hired sommeliers, which in the past only a few establishments had. Now, members of the latest generation always have their smartphones in their hands. They have access to a lot of information. They are less interested in just having a meal and more interested in the experience that the restaurant can give them.

Recently, a friend who is 15 or 20 years younger than me invited me to his house for dinner. The group opened 10 different wines, all of them very special and unique. We had a lovely evening, sitting at the table, chatting about wines. The reason for getting together was to open the bottles. This generation really is curious about less well-known wines that speak strongly of terroir, of land. They visit the locations to see where the wines are coming from. They want to have the experience of the place.

One wine that we have been making that receives a lot of attention from younger people comes from the island of Gorgona, off the coast of Tuscany. It’s a tiny 400-acre island where we produce about 200 cases of white wine annually. The grapes are grown and fermented there, so it’s very authentic, but all of the work in the winery and the vineyards is done by prisoners, because Gorgona is a prison island. Millennials appreciate not only that this project is a great story, but also that we are giving these people work, new skills, and hope for the future.