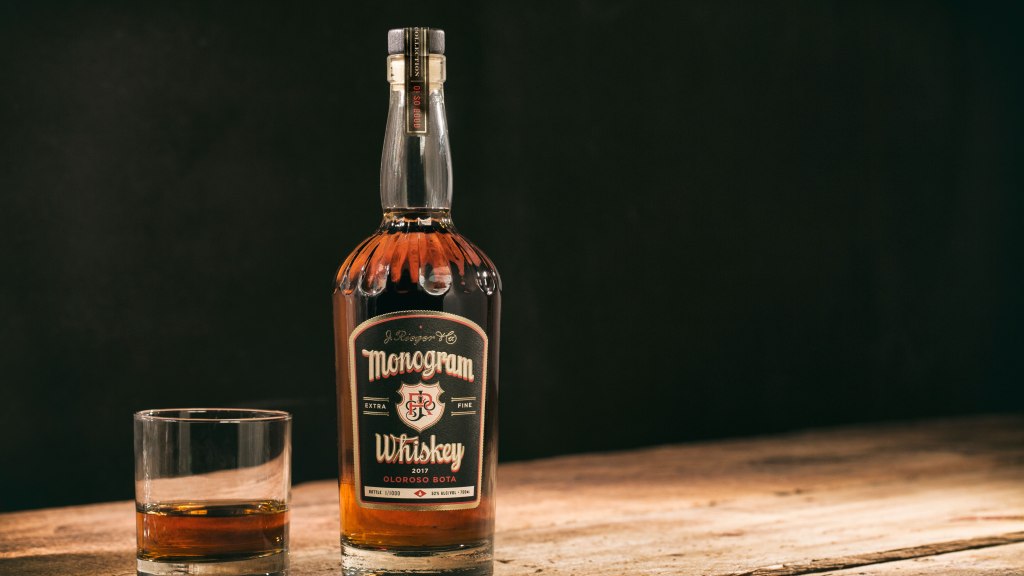 Jacob Rieger emigrated to Kansas City from Austria/Hungary in 1877 and shortly thereafter founded what would become, by the early 20th century, the largest mail-order whiskey house in America. In its heyday, J. Rieger & Co. boasted more than a quarter-million customers. Ah, but then along came Prohibition, which outlawed intoxicating liquors and spelled doom for the company.

Nearly a century after the onerous 18th Amendment was enacted, a celebrated bartender named Ryan Maybee got together with Andy Rieger, Jacob’s great-great-great-grandson, and hatched a plan to revive Kansas City’s historic lost distillery. Adult beverage guru Steve Olson and distiller Nathan Perry were brought on board, and in late 2014, with the launch of Kansas City Whiskey, J. Rieger & Co. was officially born again.

The company’s latest release is Monogram Whiskey 2017 Oloroso Bota ($99), a blend of 11-year-old rye and 9-year-old corn whiskies finished for 18 months in 500-liter Sherry casks called botas. Olson, who spent years working in the Jerez region of Spain, helped secure 4 of these precious American oak botas from famed Sherry producer Williams & Humbert. Olson was also the driving force behind the decision to make the whiskey using the solera method, a system of fractional blending in which the liquid is transferred from barrel to barrel.

Rieger’s Monogram is a delight that smells of honey, dates, and fresh peaches. It’s a balanced, dry whiskey possessed of a warm, soft, and creamy mouthfeel. Every sip offers a rich mixture of primary flavors: plums, figs, and cashews derived from the Sherry with bold vanilla and toffee notes courtesy of the American oak. The finish is embroidered with traces of cinnamon, chocolate, and cherry that heighten the sensory experience. It was a long time coming, but J. Rieger & Co. has once again established Kansas City as a great American whiskey town.