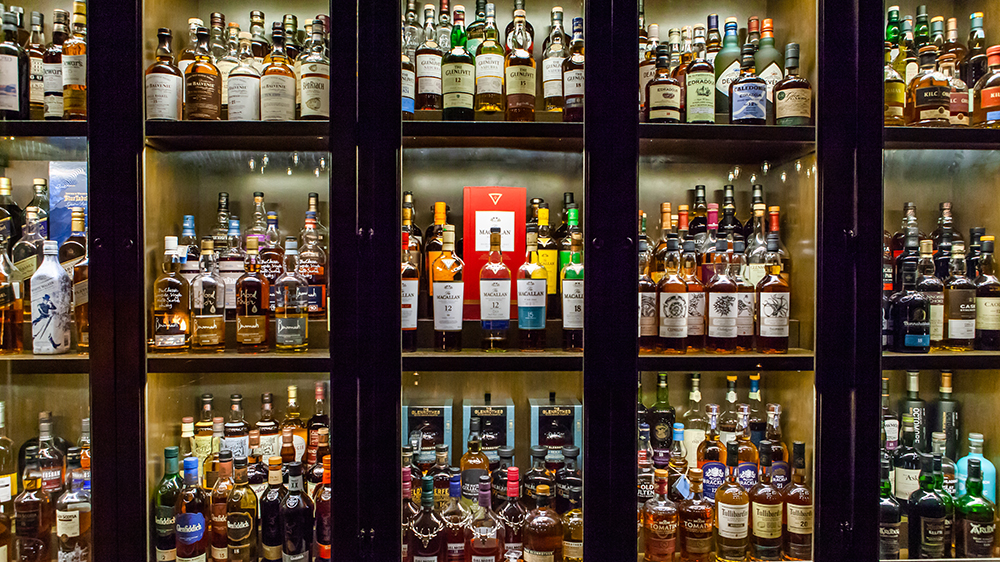 Beverly Hills has its share of upscale cocktail lounges, but most of these celebrated watering holes are accessed via their host hotels. Few are stand-alone cocktail lounges per se, and fewer still—if any—are semi-exclusive enclaves with a separate, members-only lounge that pours some of the rarest spirits in the world, such as Karuizawa 33 Year Old Sherry Cask #8908 single malt (one of only 170 bottles from a Japanese distillery no longer in existence), Balvenie 40 Year Old—Batch 2 (one of only 50 bottles exported to the United States), and Michter’s 25 Year Old Bourbon (one of just 350 bottles produced in 2017).

However, these, and more than 900 other new, rare and vintage spirits from all over the globe are available by the bottle and by the glass at the Double Barrel, a semi-private cocktail lounge Beverly Hills. Walk-in patrons can enjoy the elegantly rustic main dining area, but members of club also have access to a private lounge and outdoor patio in the back.

Purchase one bottle and—boom!—you’re in, as a member that is. There is no other charge to join the Double Barrel Club. Once a member, bottle in hand, store it in one of the club’s many lockers for future enjoyment with friends and business associates. Snacks and gourmet classics are created by chef Adam Horton of the legendary Saddle Peak Lodge, The Double Barrel’s sister restaurant in the mountains just north of LA, whose own third floor double barrel room served as inspiration for this new Beverly Hills venture by owner Deep Sethi.

The authentic frontier vibe of the original Saddle Peak Lodge is reflected at the Beverly Hills Double Barrel, which feels like a cross between a 19th century hunting lodge and a gentleman’s wood paneled den, replete with mounted game heads on the wall and a crackling fireplace. But instead of bookcases lining the walls, there are rows upon rows of glass-fronted lockers containing the most in-depth collection of spirits in Beverly Hills. While other cocktail lounges in this city of excesses may boast of carrying the rare Macallan Edition No.4— the latest series of the Macallan’s best vattings—the Double Barrel also offers The Macallan Editions 1,2 and 3. They stock numerous other Macallan rarities, including the 17 Year Old Fine Oak, Rare Cask, and the privately bottled Gordon & MacPhail 18 Year Old Speymalt.

“Currently we have around 900 different whiskies,” says Sethi, “but we plan to increase that to about 1,200 whiskies in the next six months, including whiskies that either don’t exist anymore, or are very expensive or hard to get. We also want to educate Double Barrel members as to what the different whiskies are,” says Sethi, who soon plans to launch whisky pairing dinners.