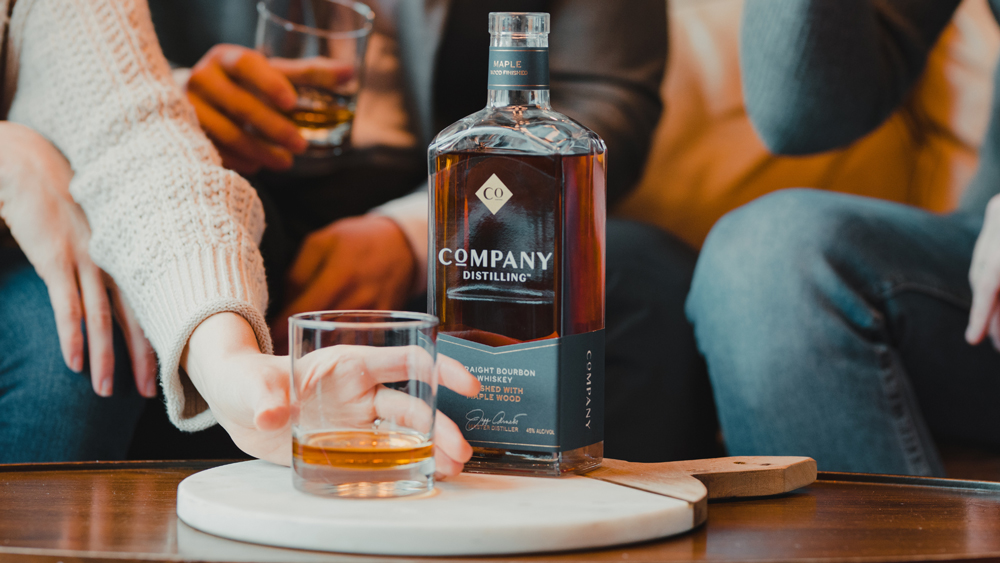 In 2020, Jeff Arnett, master distiller for Jack Daniel’s, announced that he was leaving the whiskey giant after 12 years. At the time it was unclear exactly why he was moving on, but a year later it was revealed that he and a few partners were starting a new venture called Company Distilling. In early July, the new Townsend, Tenn. location opened its doors, so what exactly can we expect to see from Arnett’s new project?

The flagship whiskey was obviously made somewhere else given that Company is just getting up and running. And while there may be a Tennessee whiskey from the distillery in the future (it must be filtered through charcoal before barreling, aka the Lincoln County Process), this is a straight bourbon that’s finished with maple wood, referring to staves submerged in the liquid rather than a barrel finish. It’s a wheated bourbon, meaning wheat is the predominant flavoring grain instead of rye, and it’s bottled at 90 proof. If maple wood sounds familiar to Jack Daniel’s fans, Arnett used this type of barrel to finish No. 27 Gold, a higher-end whiskey from the distillery. But, as he told Bourbon and Banter, those barrels are very leaky which is why he switched to a stave finish for this new bourbon. The liquid was sourced from three states, and distilled in both column and pot stills at undisclosed locations.

While distilling will take place at the new Townsend location, most of the work will happen in the future at a larger facility in Alcoa, Tenn. In the meantime, there’s also Ghost Rail Tennessee Dry Gin to sample, produced on a small alembic still at the third Company Distilling location located in Thompson’s Station. This is actually a rebranding of gin made at H Clark Distillery, which was acquired by Company with owner Heath Clark joining the team.

And finally, the success of the Jack Daniel’s flavored whiskey-liqueur lineup has shown just how popular these spirits are with the masses, so Company is also producing Ace Gap Flavored Spirits. These are combinations of grain neutral spirits and flavoring, with an initial rollout that includes Apple Pie, Coconut, Blackberry and Oatmeal Cookie.

The Company team envisions the Townsend and Thompson’s Station locations as being tourist destinations for spirits tastings, activities and meals, with a new restaurant called Amico located at Townsend. “Our initial vision for Company Distilling was to be more than just a whiskey brand,” said Arnett in a press release. “We envisioned being a full portfolio spirits company, and we had a collective group experience that I thought brought different areas of expertise to the table… I think one of the greatest things about where we are is the freedom that comes from being a small, nimble group of people controlling our own destiny.” That seems a world away from the Jack Daniel’s operation he left behind, but hey, a whiskey brand has to start somewhere.