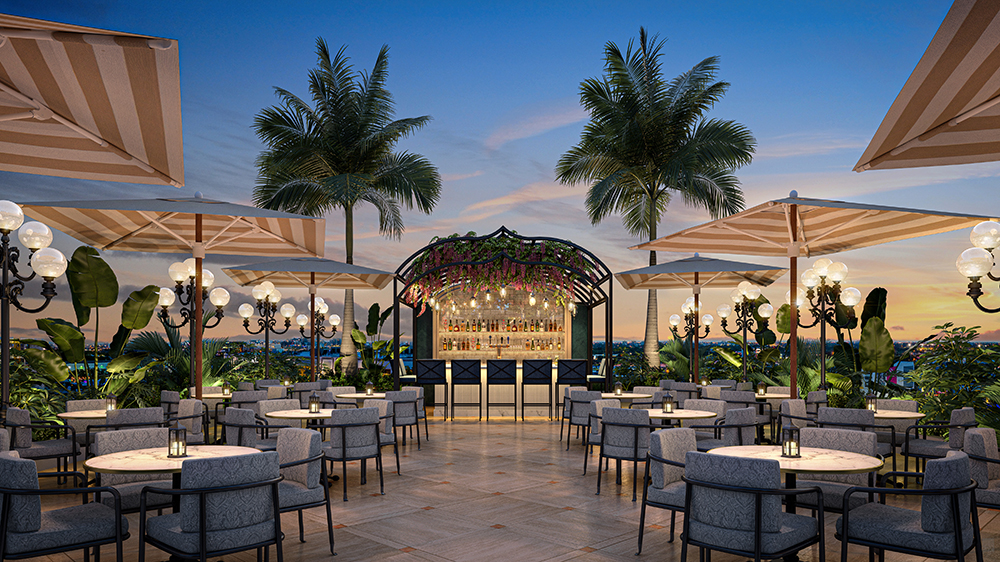 There is no NoMad (short for North of Madison) in Miami. But there will soon be a NoMad Bar.

The acclaimed New York City cocktail spot—which was once named the best bar in North America, and which has since closed—is opening up shop in Miami, at the coming-soon NoMad Residences Wynwood. The building, from the NoMad Hotels brand, will house the company’s first-ever condominiums.

“This project has united the best of the best across several industries—development, hospitality, food and beverage, as well as architectural and interior design,” David Edelstein, the principal at Tricap, a partner in the project, said in a statement.

A rendering of the bar area  Arx

At NoMad Bar Miami, the mixologist Leo Robitschek will be holding down the fort, slinging the bar’s modern classics alongside seasonal bites. The James Beard Award winner was behind the original NYC location, which also spawned outposts in cities such as Los Angeles and Las Vegas. Here, he’ll be curating drinks for a slightly different set, although the bar will be trying to bring some New York energy to the Sunshine State.

The decor will play a big part in creating that vibe. The rooftop location lends itself well to Florida’s lush, tropical greenery—not to mention the great view of Wynwood and the Miami skyline—while statement pieces such as a huge pair of brass flamingos bring some New York glitz to the space.

NoMad Bar, of course, is just one of the amenities building residents will have access to. There’s also Casa Tua Cucina, an open-kitchen restaurant offering Italian and Mediterranean fare, as well as a full-service pool and sundeck, an outdoor cinema and a cold-plunge ice bath, among other highlights.

Currently, half of the building’s 329 units are reserved. Lucky for us, though, the bar will also be open to the public, allowing Wynwood residents and visitors alike the opportunity to sip on some of Robitschek’s award-winning creations.