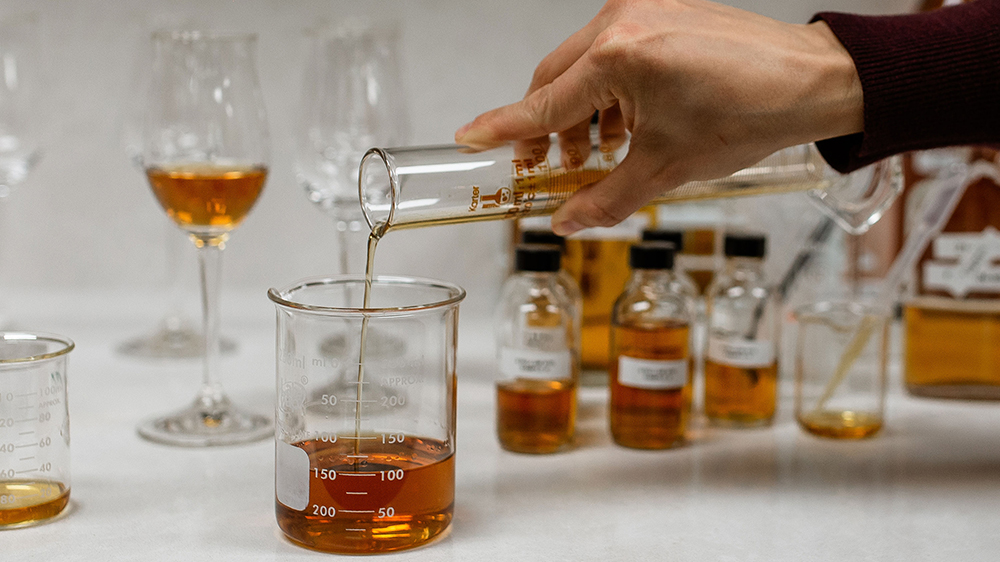 Joe Beatrice spends his day tasting whiskey, assessing the character of the contents of barrel after barrel throughout his multiple maturation warehouses. It’s one of his jobs, along with his two full-time blenders, to know the flavor profiles of the over 10,000 casks of bourbon and rye they own. But while this is standard work at a distillery, what’s different about Barrell Craft Spirits, the company Beatrice founded in 2013, is that it’s never distilled a drop.

Barrell is one of the most celebrated of the new wave of non-distilling producers, or NDPs. In and of themselves, NDPs are nothing new; if you drink American whiskey, you’ve probably enjoyed many of them over the years, perhaps without even knowing it. Bulleit, for example. Or Redemption Rye, Templeton or Angel’s Envy. The list goes on.

Historically, NDPs haven’t been eager to highlight the fact that they don’t make their own whiskey. Bourbon, it was believed, was all about tradition, so there was an incentive to invent a fanciful yarn to suggest authenticity. But Barrell tells you as much as it can about what’s in the bottle, which might include where the whiskey was purchased and how old it is. “There’s no fake backstory,” Beatrice says. “I didn’t come across the blending recipe in my grandfather’s trunk. I didn’t get it from a Conestoga wagon.” The company simply buys barrels of liquid distilled by others, then employs in-house expertise to blend them into something exciting and new. “The notion that it can only be good if you make it yourself is crazy,” Beatrice says.

Since 2007, a distillery called High West in Park City, Utah, has been quietly leading the way on the concept of honest sourcing. Master distiller Brendan Coyle ranks transparency at “the top of the values list of the company.” High West, along with other pioneers such as Smooth Ambler, distills its own whiskey but also sources it from others (largely from the massive MGP plant in Indiana), using blending and imagination to concoct something unique, such as A Midwinter Night’s Dram, a blend of two types of rye finished in French-oak port barrels and released every fall to eager drinkers and collectors. Coyle likens blending to art; this hybrid approach, he says, is akin to having more colors with which to paint.

Wherever you look in the NDP market these days, you’ll see a new transparency that feels radical, whether it’s the hyper-limited Mic Drop—its website diligently recounts every minute decision that went into the bottle—or the enormous Bardstown Bourbon Company, which literally prints the pedigree of its purchased and blended Discovery series right on the label. Bardstown is sitting on thousands of its own distilled barrels, still too young to use, but Dan Callaway, the company’s VP of product development, says that even when its barrels come of age, Bardstown will continue to purchase whiskey for blending. “Discovery series is an opportunity to create something new and special,” he says. “Our story is our team. We want to show people the whole process.”

Nicolas Palazzi, creator of Mic Drop, puts it more plainly still: “We stand for non-bullshit products,” he says. “To be honest, it doesn’t sound very radical to me.”