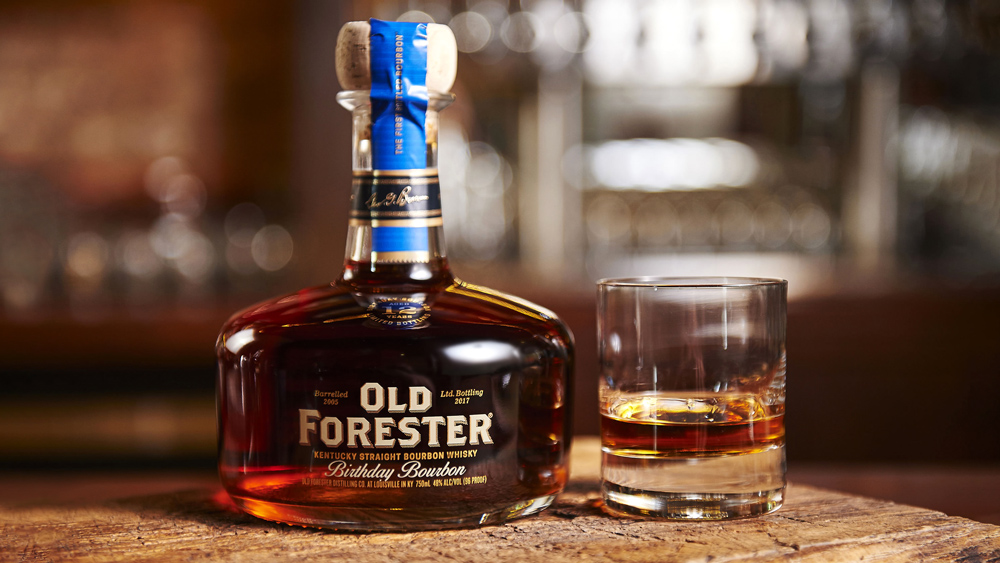 Old Forester isn’t Kentucky’s best-known bourbon, but it has a long and storied history. Back in 1870, it was the first bourbon sold in sealed bottles, rather than ladled out of barrels. It’s also the only brand to have been sold before, after, and even during Prohibition (for “medicinal use”) under ownership of the same company. So it’s only fitting that Old Forester pays homage to its heritage by celebrating the birthday of its founder, George Garvin Brown (1846-1917).

Each September 2nd since 2002, Old Forester releases a limited edition Birthday Bourbon in Brown’s honor. One batch of each Birthday Bourbon is produced, all of which was distilled in a single day and aged in various spots in different warehouses for 12 years. The circumstances of its creation, and the difficulty entailed in aging a bourbon for so long, means that the flavor and quality of each Birthday Bourbon varies wildly. The 2011 edition, for example, was so oaky as to be barely drinkable, while 2013 was sublime — rich, sweet, and chewy, redolent of caramel and toffee.

Old Forester’s 2017 Birthday Bourbon ($80) is the best one to come along since the 2013 release, with intense dark chocolate and caramel notes giving way to peppery spice and a long, dry finish. It’s an antidote to the end-of-summer blues, a warming whiskey that will taste even better as the leaves start to fall and the temperatures drop. The distinctive bottle, shaped a little like an old-school pot still, is almost as much of a conversation piece as the whiskey.  It’s a great way to remember a bourbon pioneer, even if it’s been a century since he was around to celebrate with us.