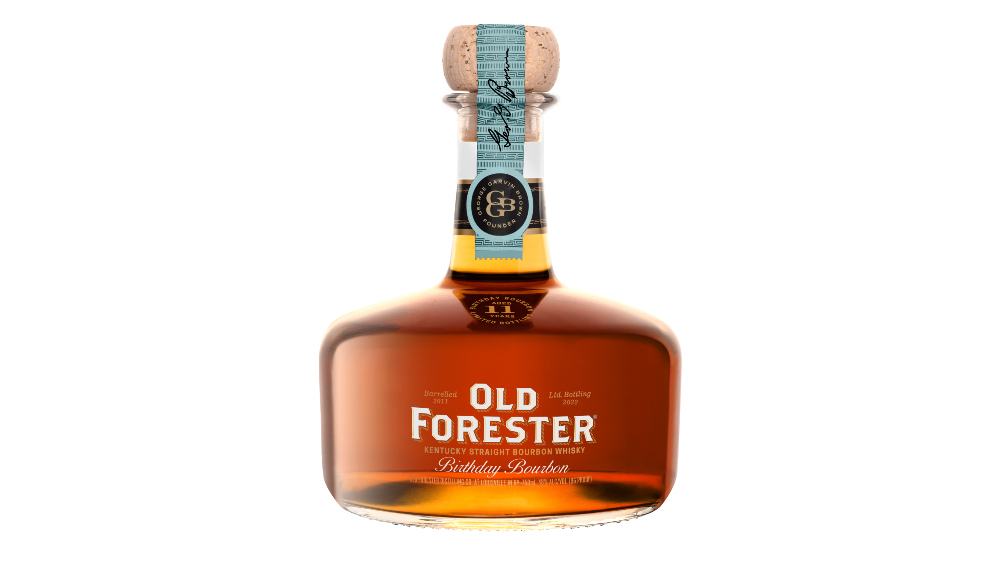 Typically, the annual release of Old Forester’s Birthday Bourbon is more than a little bit difficult to get your hands on, usually involving a long line and having to listen to some dude list off every bottle in his whiskey collection while you wait. But this year the distillery is trying to make this hugely popular unicorn bottle of bourbon a little easier for fans to buy.

Birthday Bourbon is released once a year by Old Forester, the whiskey distillery and brand owned by Brown-Forman (the parent company of Jack Daniel’s). The whiskey is a tribute to its founder, George Garvin Brown, who is said to be the first to seal his whiskey in a glass bottle back in 1870, which at the time was a step up from selling it straight from the barrel. The liquid that goes into Birthday Bourbon is hand selected by master distiller Chris Morris, who also oversees other Brown-Forman brands like Woodford Reserve. Details are scarce about exactly what the liquid is composed of for this year’s release, but according to the label it’s an 11-year-old bourbon bottled at 96 proof.

In past years, fans have had to line up to get a bottle at the distillery location on the historic Whiskey Row in Louisville, Kentucky on Sept. 2, Brown’s birthday. Inevitably, many people have waited for hours only to come home empty-handed, an inevitability given the first-come, first-served nature of this method when dealing with a limited-edition product. But this year Birthday Bourbon will be made available through a sweepstakes that will run from August 24 to August 31, meaning everyone around the country has a chance to snag a bottle. No bottles will be sold at the distillery, and the winners will be notified on Sept. 2. “Birthday Bourbon holds a special place among Old Forester’s limited-releases, celebrating the legacy of the Brown family,” said Morris in a statement. “We’re excited to open up the opportunity for bourbon lovers all over the country to get their hands on this beloved bourbon.”

We have not had a chance to sample this year’s release yet, but tasting notes include caramelized orange peel, cherry and vanilla on the nose, followed by roasted coffee, dark chocolate and a bit of charred oak on the palate. The SRP for Birthday Bourbon is $149.99, so presumably this is how much the lucky winners will have to pay. Consider that a bargain, because once this bottle hits the secondary market it tends to sell for $1,000 or more. So good luck to those who enter the sweepstakes, your odds of winning are probably somewhere in between getting struck by lightning and finding a penny on the sidewalk.