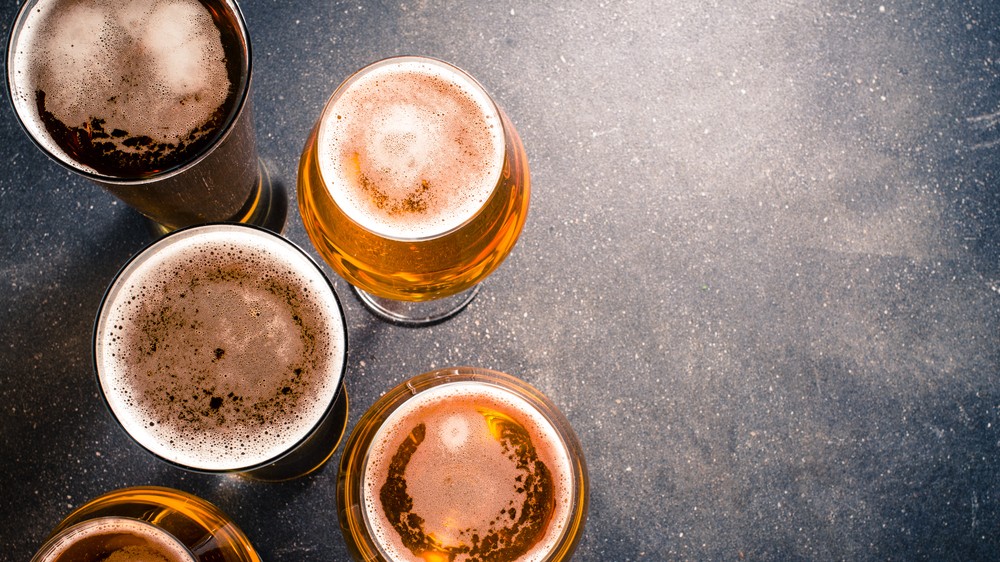 A  nearly $2 billion roadwork project in England has yielded some unexpectedly frothy results: the discovery of what could be the UK’s oldest evidence of beer.

Workers helping to upgrade the A14 highway in Cambridgeshire stumbled upon “charred residues from the beer-making process” dating back some two thousand years, reports The Guardian, making this proof of Britain’s earliest brewed ale.

The ancient remnants were found alongside those of bread and porridge, proving that even BCE humans found that nothing helps wash down a meal—or take the edge off an otherwise stressful day—quite like a tasty brew.

“It’s quite unique,” said Lara González Carretero, an archaeobotanist. “We didn’t have any evidence like this in the UK until now. Beer is very old but we didn’t have physical evidence of it.” González Carretero is part of a team of expert-led archaeologists from Mola Headland Infrastructure helping to excavate notable artifacts alongside the extensive road project.

“It’s like looking for a needle in a haystack but, as an archaeobotanist, it’s incredibly exciting to identify remains of this significance and to play a part in uncovering the fascinating history of the Cambridgeshire landscape,” she told the Independent. We assume she and her team will celebrate the find by throwing back a few ales.

Other discoveries made during this project include the remains of a medieval village, a comb made from deer antlers (chic!), Roman coins, and the fossil of a woolly mammoth that could be more than 130,000 years old. But the evidence of Iron Age beer is the most recent finding, and it points out that ancient civilizations also liked to imbibe a brew now and then.

“It’s a well-known fact that ancient populations used the beer-making process to purify water and create a safe source of hydration, but this is potentially the earliest physical evidence of that process taking place in the UK,” said Steve Sherlock, an archaeology lead on the project.

It appears this multibillion-dollar project is yielding discoveries that could be priceless. Cheers to that.