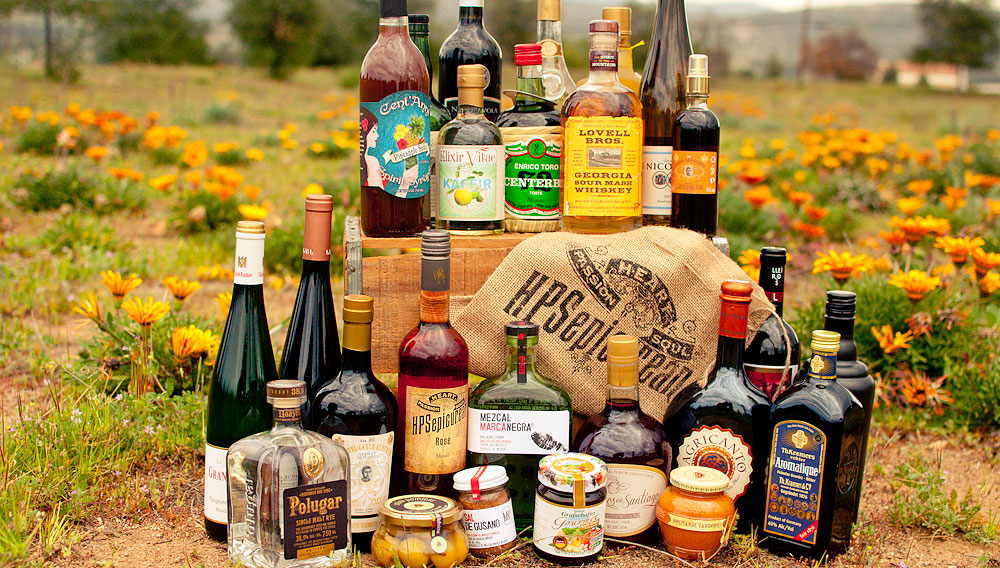 Walk into any decent cocktail bar these days and it’s virtually guaranteed there’ll be a bottle of Luxardo displayed prominently. The premium Italian maraschino liqueur, which has won over bartenders’ taste buds (and is an essential component of resurrected classic cocktails like the Last Word and the Hemingway Daiquiri), almost never made it to America. In fact, the man who brought the brand to the United States, Henry Preiss, spent a decade peddling Luxardo to no avail. And then it clicked, as it often has for Preiss, who is one of the country’s top importers of artisanal food and drink products. In 2008, the German-born importer sold his family’s company, Preiss Imports, to a partnership of Griffin Group investors (who also own Skyy vodka and Anchor Distilling). Now he’s at it again with HPS Epicurean—continuing his global focus, along with a growing emphasis on “south of the border.” (hpsepicurean.com)

How’d you get started as an importer?

We came here in 1961 from Germany. My father brought with him classic products like jenever, a Dutch juniper gin. The biggest thing he and I did was bring Jägermeister to the West Coast. There is virtually no store you’re going to walk into today that sells premium brands that my father and I didn’t touch in some way.

What was the first import that was truly yours, as the heir to the import throne?

I came into my father’s company in 1974. The first product I was directly responsible for bringing in was Schladerer eau de vies. It was Germany’s No. 1 fruit brandy from the Black Forest and was served on Japan Airlines. I said to my father, “Why don’t we go for that?” He thought Schladerer was too big for a small company like ours. Well, the younger you are, the less you know—so I did it. Not long after that we brought Stroh rum from Austria. Everyone knows it and has it now. In Austria, rum cake is a pretty big deal, and the country is known for its coffee shops and pastry shops. Stroh gets used in a lot of bakeries and in hot beverages for wintertime.  After that, we brought over Bailoni. That family has been making apricot distillates for 150 years.

Then you started your own company?

With Luxardo, we couldn’t give it away for 10 years. But we kept hand-selling it, and it finally caught on. I don’t give up on products easily. The suppliers get frustrated, but like I’ve told many: Trends change, have patience; I can keep it going if you hang in there.

What do you look for in spirits companies?

I like classic companies. Classic brands. That doesn’t mean I’m averse to new products. But if they have a kind of substance, they have staying power—heart, passion, and soul. We really look for producers that exhibit that, and that have sustainability and have managed to be around a long time. I’m bringing in a gin from Germany—Ferdinand’s Saar Dry Gin. These guys make it with Riesling from the Saar, which is a small tributary off the Mosel River in Germany’s renowned Mosel wine region. It’s a beautiful, beautiful gin spirit. People I’ve sampled on it have said, “Geez, I’d drink this stuff straight.”

Small importers are a good thing?

Didn’t used to be. Brands were skeptical when you had a really tiny company. But in today’s world, more than ever, a tiny company can do a lot more than a big company. We consider ourselves to be hands-on, old-school merchants who take time to source unique, interesting products from around the world.

Where is the hottest import market right now?

Mexico is the new frontier. With the food and the culture, and the way it’s weaving through our society, it’s like Italian culture did 100 years ago. For years, Mexican food has been a big deal here, and we like our tacos and burritos. Now the great chefs from Mexico are coming here, and a lot of our great chefs are going down there and learning and bringing it back. From chef Rick Bayless to James Beard–nominated San Diego restaurant Bracero,  Mexican chefs really know how to make flavorful, tasty food from fresh ingredients. That dynamic has opened the floodgates to interesting cocktails and products.

Such as the mezcal trend…

Mezcal is just getting there. In the next five years, mezcal is going to be a screaming category. Mezcal is much, much older than tequila. Mezcal is 500, tequila is 200 years old. It’s allowed to be made in eight different Mexican states using up to 35 different varieties of agave. You get all these different flavors that you don’t get with tequila, from sappy to woodier. Sugar sap from cooking each different agave provides its own unique flavor for mezcal. The makers who are purists don’t add water. None of the guys we work with have tractors. They have burros. This is a historical product. The labor is staggering. I find it to be the most backbreaking of all spirits that are produced.

What else from Mexico?

Yucatán liqueurs are kicking ass. One I import is called Xtabentún, a honey-rum concoction made from the Xtabentún flower and wild green anise that was first invented by the Mayans. They made a honey wine. It’s a compelling liqueur. We bring in another called Huana liqueur, made from guanabana—a pretty big fruit almost the size of a melon that has an incredible juice, sweet and sour, and very floral. Kind of a cross between a kiwi and a banana. We also bring in Kalani, a coconut liqueur from the Yucatán.

How do you find these products?

Typically, it’s a combination of looking for a particular category of product, and unknown products, that I feel I have an opportunity with, based on what’s already out there. I want to be ahead of the trend. A lot of people know me and get sent my way. You do something long enough and people want to work with you.

How do you know what will sell?

The reality is, I have no idea what will do well. Usually what I pick are austere, a bit esoteric, hard to sell. I think that’s how we’ve built our reputation. We’re the guys who find the unknown, high-quality, truly hard-to-sell products that people have never heard of before—but once they do, they find them interesting and want to buy. It’s a bit like finding hidden treasure.

Is spirit-importing a crowded space?

Well, it was totally uncrowded. Importing was a wine-and-beer business for a long time. Specialty spirits, which is what we sell, were stepchildren that nobody looked at. But it’s much harder today because you’re facing a thousand craft distillers across the U.S., and another thousand in Europe. Atop that, you have producers who’ve been around a long time.

What’s the most common misconception about importing?

Well, some clients think once I’ve bought it and they’re in America, they’ve hit the golden goose. When in actuality, once I get it here, I become an exporter because this country is made of 50 different states, all with different rules. Some states have monopolies over alcohol sales.

What failures have you had?

We’ve had more rums fail than anything else. Quite often when products fail, it can be a combo of things. It’s not just the product. Maybe we didn’t have enough time or the strength to get it going. Some things take time.

Right now in Europe there’s nothing hotter than gin. It’s to Europe what bourbon is to America. In Italy, they’ll have a third of the bar dedicated to gin brands. I sort of helped kick off the gin revolution when I imported Old Raj from Scotland. They use a beautiful high-quality neutral spirit, use saffron, beautiful complexity and depth. I’ve probably got a dozen gins in here from all over the world.

I noticed Polugar on your import list. What the hell is that?

It’s a historical Russian spirit that hadn’t been made in 120 years. A family did a lot of research and re-created the recipe. It was around before vodka. Their slogan is “father of vodka, brother of whiskey.” It’s an incredible spirit, silky smooth and flavorful, and you can taste the grains and extra ingredients—wheat and rye or barley. It’s worth my energy because as it gets going, no one else has one.

Well-made amari are very trendy. All things in the direction of bitter are very, very trendy. That’s because the millennial generation has grown up with Starbucks and Peet’s coffee. They’ve developed their bitter taste buds, and our palates have totally changed. That’s why you see things like Fernet-Branca. Bitter products are in, and they’re going to be around for a long time.

What else have you observed about millennials’ tastes?

The millennials aren’t dialed in to any one thing. They’re dialed into many, willing to try new things, as long as it’s quality. They socialize more, they drink more cocktails. Whiskeys are still very, very, very in—whether Scotch or Japanese or Irish. American whiskeys are on fire. They work better in a cocktail than any other whiskey. The bourbon is sweet because it goes into a new barrel, so there’s a lot of directions for a cocktail to go.

How has the craft-cocktail movement affected smaller brands?

There’s a shift. The market is so much different today. What I’m finding is that even when you’re not getting an order, they are very willing to see what’s in your bag, see it and sample it and make notes on it.