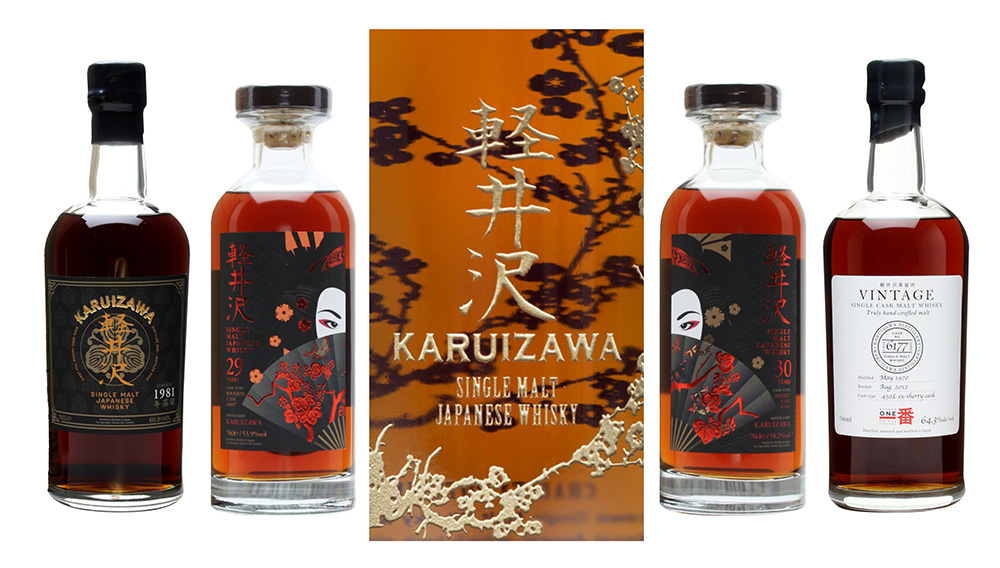 Touted as one of the most expensive tastings in the world, the seventh annual Whisky Exchange Whisky Show will offer exceptionally rare spirits paired with an exceptional spirit of giving at the Karuizawa Charity Tasting on October 3. Part of the Whisky Exchange’s two-day devotional to the dram, the one-off master class will feature a sampling of five singular selections from Karuizawa, the distinguished but now defunct distillery set in the highlands of Japan.

Opened in 1955, Karuizawa imported Golden Promise barley from Scotland to use as a base and relied on local water sources—flowing over igneous terrain—to distinguish its whiskey. Most of the distillate was then aged in sherry casks. The smallest distillery on the island nation, its already limited production ran dry in 2000 after operations ceased, and fewer than 50 vintage casks remain in existence. Due to the scarcity of supply and excellence of the expression, the remaining bottles have skyrocketed in value recently, with one bottle of 1960 Karuizawa setting a record for Japanese whiskey at last week’s Bonhams auction fetching $118,543.

Attendees at the tasting will sip a 29-year-old whiskey aged in a bourbon cask, samples from two sherry casks that aged for at least 30 years, and another example dating back to 1970. But the lasting finish will come from the 1983 Karuizawa single malt, which was released specifically for the occasion. With only 50 bottles of the vintage in existence, each of the 45 lucky master-class participants will be given one to take home—a gift that makes the over $9,000 price of attendance easier to part with.

All proceeds from the Karuizawa Charity Tasting will go to five relief organizations working in Nepal to help further health care, education, human rights, and rehabilitation following the country’s recent devastating earthquake. Potential participants can register at the Whisky Show website; 45 names will be drawn at random on September 4. (whiskyshow.com)