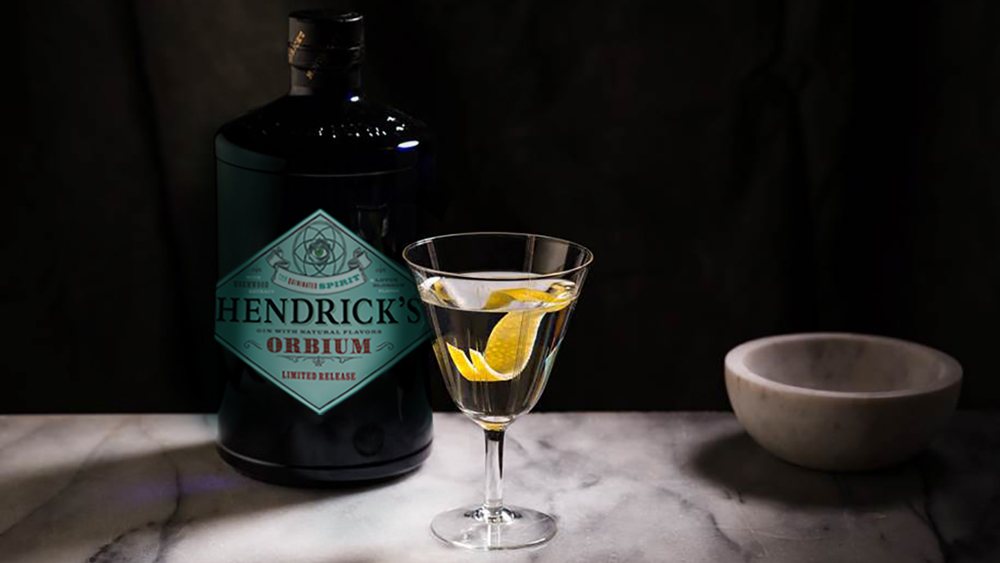 Nearly 15 years ago, one woman tilted the staid world of dry gin on its axis. Lesley Gracie—master distiller for William Grant & Sons—added cucumber and rose to 11 more conventional botanicals and created Hendrick’s Gin, whose dark, apothecary-style bottle is a welcome sight on great backbars the world over.

Now, as they say in the news world, this just in: The inventive distiller has pushed the tilt even further with a new gin named Orbium. It’s being released in small quantities to select bars in the United States as I write. Even in a world of gin botanicals that has gone a little wild in recent years, Gracie’s formula breaks new ground. Her additions this time around, as they were for Hendrick’s, are few—just quinine, wormwood, and lotus blossom. But my first taste of Orbium (including a fair share of Orbium martinis) over dinner a few months ago with the master distiller herself had me wondering: Why has no one done this before?

The flavors are marvelously synergistic—the quinine a cornerstone of the tonic in our G&Ts, and the wormwood a staple in the vermouth splashed in our martinis. And as Gracie describes it, the lotus blossom balances the two kinds of bitterness in those ingredients. Rolled into Hendrick’s core botanicals, the sum of the additions is greater than their proverbial parts. Orbium is complex, bright, roundly bitter (in the best way), long, and completely fascinating.

The quinine and wormwood idea didn’t come straight out of left field, as you might expect. Standing in the laboratory of Hendrick’s new distillery in Girvan on the west coast of Scotland, the white-coated Gracie pulls products from her overstocked cabinets that she has developed through the years for bartenders, who she’s had a long, fond relationship with. Battersea and quinetum cordials, for instance, gave mixologists exclusive tools for blending. Sipping through her experiments and limited releases is to taste the flavor history of Hendrick’s next biggest thing.

To be sure, Orbium, the first of Gracie’s products after Hendrick’s to be released to a wider audience (and in the United States), is still available only on-premise. So it’s well worth an exploratory mission to your favorite bar for an Orbium martini—where you’re likely to encounter this recipe from Hendrick’s brand ambassador Erik Andersson: 2 ½ parts Orbium and ½ part Dolin Blanc, combined in a martini glass, stirred, and garnished with a lemon twist (discard) and cucumber slice.