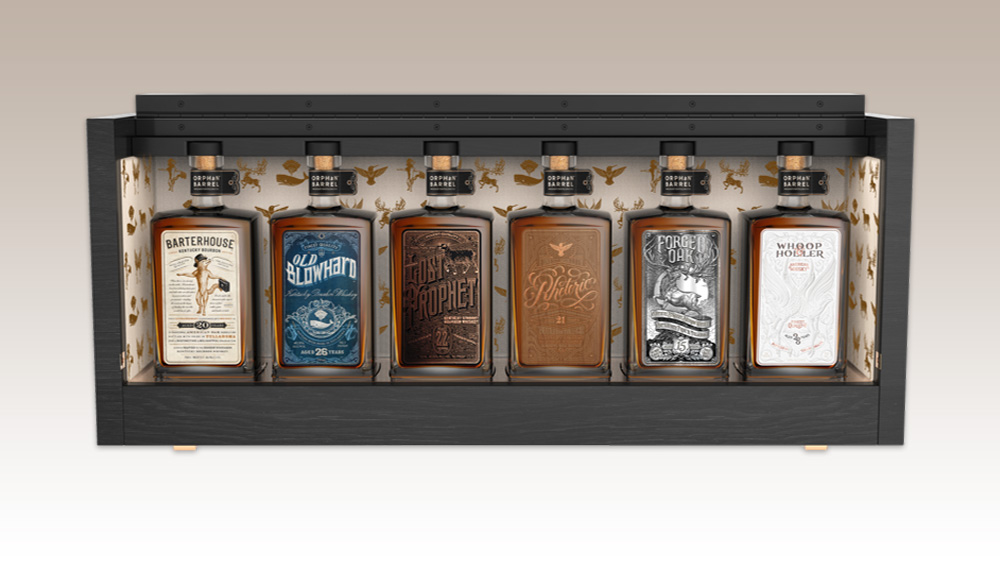 A few years ago, the world’s largest spirits conglomerate, Diageo, hit upon a brilliant idea of how to utilize some of the oldest and rarest whiskeys acquired through its purchase and consolidation of many of America’s historic distilleries. One such acquisition was Kentucky’s Stitzel-Weller, which opened in 1935, the year Prohibition ended. Although the distillery had been shuttered since 1992, Diageo revived it in 2014. In so doing, Diageo discovered decades-old barrels of bourbons that were hiding—and still aging—in the dark corners of the warehouse.

Diageo decided to hand-bottle limited editions of these various distillations, giving them memorable names and unique labels. It grouped them under the all-encompassing umbrella of the Orphan Barrel Distilling Company, a nonexistent entity that nonetheless provided a successful springboard for introducing these rarities. Ranging in ages from 20 to 26 years old, and priced from $65 to $175, Orphan Barrel whiskies were quickly snatched up by intrigued consumers as they were introduced over the years, and many of these bottlings have since become quite collectable.

For those who missed out—or who wish to obtain an almost complete set of no-longer-produced whiskeys and thus acquire an instant collection—a very limited edition of the Orphan Barrel Archive Collection ($1,500) has been introduced. Showcased in a custom wood-finished whiskey crate with a cushioned interior, the front panel folds back to reveal the six-bottle Orphan Barrel collection.

A Kentucky Straight Bourbon Whiskey aged 20 years, this is the inaugural Orphan Barrel release. The flavors are reminiscent of warm spice, biscuits, and buttercream.

Once thought to be gone for good, a small amount of this 26-year-old Kentucky Straight Bourbon was reserved for this limited-release offering. The flavors have undertones of smoke and honey, followed by a gentle orange-peel finish.

Another longtime favorite, this Kentucky Straight Bourbon was aged 22 years. With notes of spice cake, vanilla, and leather, it ends with a smoky finish.

This is the second release of the progressive Rhetoric series (22 and 23 Year Old versions have since been released of this Kentucky Straight Bourbon), and it’s one of the best. The whiskey begins with an oaky and leathery nose with undertones of vanilla, caramel, and honey, with a long, woody finish.

This is one of the newest Orphan Barrel whiskeys, and yet at 28 years, it is still the oldest. This American whiskey has notes of corn kernels and tobacco, with bright citrus peel and honey. But at its advanced age, some wood notes are beginning to dominate.

Available at select specialty spirits stores nationwide, this is one gift that will keep the recipient in holiday spirits all year long.