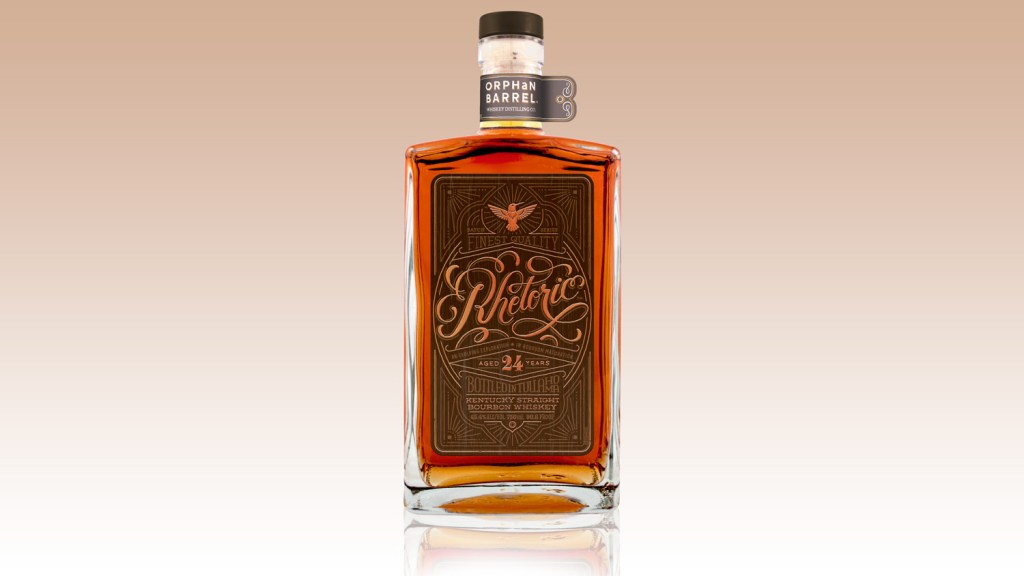 One of the best things about Orphan Barrel’s Rhetoric series is the ability to do a vertical tasting. This week, the Tennessee-based company released Rhetoric 24 Year Old Kentucky Straight Bourbon Whiskey ($130), the fourth in the lineup so far. There’s a lot to like here with a proof just over 90, a welcome change from the cases of cask-strength bourbons and whiskeys flooding the market and searing our throats, as delicious as many of them are. We enjoy a sipping whiskey. But we might just like the Rhetoric 23 Year Old expression a shade better.

The popular bourbon brand is known for finding forgotten barrels of whiskey in old rickhouses and then experimenting with further aging before releasing them into the hands of connoisseurs. Orphan Barrel first released Rhetoric as a 20-year-old bourbon four years ago. The stock was found in the old Stitzel-Weller Warehouses in Louisville, Kentucky, which is why this Tennessee brand is producing a Kentucky bourbon. It was distilled between 1991 and 1993 at the Bernheim Distillery, but the finished whiskey was bottled at Orphan Barrel’s home in the Volunteer State. Its mash bill is mostly corn, with a dash of barley and rye.

Rhetoric is a bottle many bourbon fans anticipate eagerly—something of a collector’s ideal – a planned release of the same whiskey as it spends an additional year aging. The 24 year old has lovely aromas of oak and vanilla and some interesting fruit on the nose, but perhaps a bit too much char and woodiness on the palate for our taste. It’s much more complex than the 22 year old edition, but is missing some of the caramelized and nutty nuances we enjoyed in the 23 year old. That said, we will still look forward to what another year of aging could bring to this fun and worthy experiment and seeing just how far the aging of a quality bourbon can be pushed.