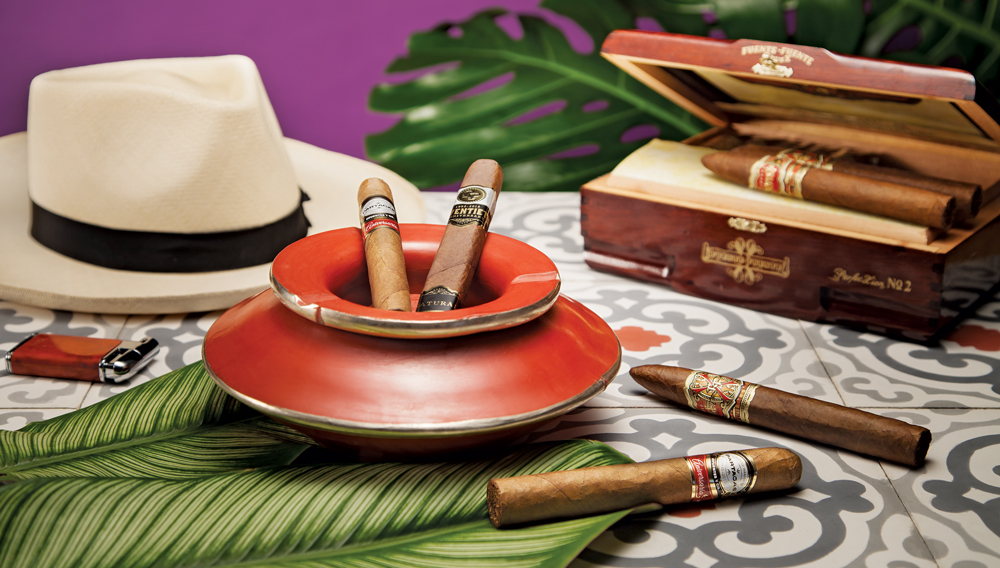 Originally published in the December issue of Robb Report as “Gift Wrappers (and Fillers and Binders): Celebratory Smokes”

To commemorate the 170th anniversary of its Partagás brand, General Cigar has created the Aniversario cigar, which incorporates ligero and viso tobacco leaves from the Dominican Republic and Nicaragua (including a proprietary Nicaraguan Gurdian leaf) and a Connecticut Habano binder. The crowning glory is a 5-year-old Cameroon wrapper, which imparts a sophisticated spice. The cigar is rolled in three sizes—a 5 × 50 robusto, a 6 × 54 toro, and a 7¼ × 54 salomon (our favorite)—and limited to 15,000 examples per size, which are available primarily in anniversary chests of 10 each. ($159.90–$179.90 per box) cigarworld.com

Twenty years ago, Rocky Patel transitioned from a career as a Hollywood attorney and launched his own cigar brand. To mark the occasion, he has produced an anniversary smoke that offers a medium-full body, thanks to filler tobaccos sourced from Nicaragua (in Estelí and Jalapa) and Honduras (in Jamastran) and a Honduran wrapper. The box-pressed cigar is available in five sizes—ranging from a 7½ × 38 lancero to a 6 × 60 toro—and is worthy of a snifter of the Macallan Fine Oak 30 Year Old. ($9.65–$12.80) rockypatel.com

Though previous attempts by others had failed, Carlito Fuente proved in 1995 that it was possible to grow a flavorful Dominican wrapper and use it to make a Dominican puro. The result, the Fuente Fuente OpusX, has become one of the world’s most sought-after and elusive cigars. Smoking it, in any of its numerous sizes, is akin to dining on a Kobe filet mignon, seared medium-rare. ($12–$26) cigarfamily.com