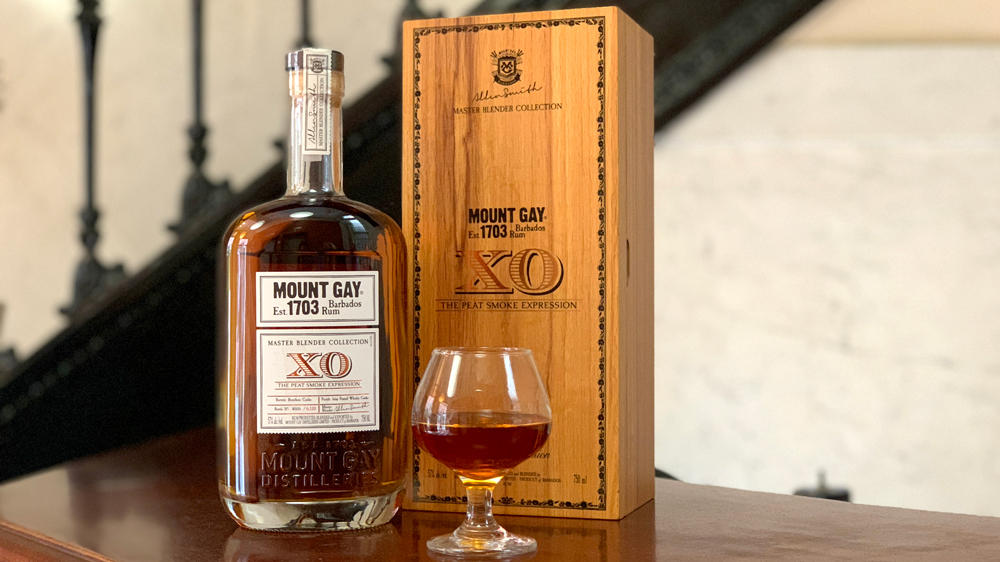 The time has come to raise a toast, to the year-end list—that timeworn tradition that affords us media types an opportunity to not only reflect on the work we’ve done over the past 11-plus months, but to see how much of that work we can get away with repurposing . . . which in the case of this particular list of high-end spirits, is roughly 700 words. It truly is the most wonderful time of the year!

It’s the holiday season, and there’s frolicking to be done. So without further adieu, presenting seven of the finest adult beverages this potable pundit had the pleasure of imbibing this year. Note that all seven spirits on this list were introduced to market in 2018, six of them fresh expressions from existing labels and one an entirely new brand altogether. Each and every one would make a fine addition to any home bar. As always, we encourage you to please drink responsibly and, of course, happy frolicking.

“The Light” ($300) is a limited edition, 17-year-old single-malt Scotch that Highland Park unveiled in 2018 as a companion to their heralded release from the previous year, “The Dark.” Here’s hoping that whatever comes next from the esteemed Orkney producer—“The Gloaming” perhaps?—is as rousing a dram as its predecessors. Aged entirely in refill American oak casks, The Light (52.9 percent ABV) is an elegant whisky brimming with floral intensity and smoky sweetness. Principal notes include lavender, honeysuckle and caramelized pear. Comes in an impressive pale-green bespoke bottle embossed with a serpent dragon inspired by Viking lore, a nod to the distillery’s Nordic ancestry.

As Robb Report’s Janice O’Leary pointed out in a review back in April, Casa Noble’s CEO and founding partner Jose “Pepe” Hermosillo really took his time producing Selección del Fundador Volume II ($1,500). First he waited 12 years for the agave to mature, nearly double the plants’ usual growth cycle. Then he rested the resulting distillate for eight long years in some of the best casks money can buy, made of French oak cut from centuries-old trees in a forest north of Bordeaux. Those barrels yielded just 300 bottles of world-class extra añejo, which the master himself, Hermosillo, claims is the most exquisite tequila he’s ever made.

Russell’s Reserve 2002 ($250) is a vintage release that represents the first non-chill filtered, barrel-proof bourbon in the specialty line’s history. For the uninitiated, chill filtering is a process that removes fatty acids that can cause whiskey to get foggy when served over ice. Some people, such as Hall of Fame master distiller Eddie Russell, believe that those acids and other “offending” compounds actually convey some alluring characteristics to the whiskey’s nose, mouthfeel and finish. Bottled at 114.6 proof, Russell’s Reserve 2002 offers a bouquet of stone fruits and oak with a hint of spice. On the palate, a host of delectable flavors including grapefruit, cocoa butter, pepper and a cooling blast of mint.

While celebrated vigneron Jean-Charles Boisset had a small coming out party for his new line of spirits in November of 2017, it’s worth pointing out that the Boisset Collection wasn’t made widely available until the beginning of 2018 (lest we be accused of breaking our own list’s ground rules). JCB Truffle Infused Vodka ($150) is made with Burgundian pinot noir and chardonnay grapes, fermented and aged in barrel for six months before being run through a still a whopping seven times. Infused with black truffles from the Périgord region of southwestern France, the vodka is super smooth and savory—best enjoyed neat or in a decadent martini.

Just 1,200 bottles of this unconventional limited edition blend have been made available in the U.S., and tracking one or more down is certainly worth the effort (and the $250 price). Mount Gay’s esteemed Master Blender, Allen Smith, combined column and pot still rums matured anywhere from eight to 15 years in American oak barrels. The blend then underwent an additional six months of finishing in peated Scotch casks from Islay, which imbued the finished product with an array of salty and smoky notes. Initially delicate on the palate, with a velvety texture, followed with a powerful zing that culminates in a lengthy, warming finish.

Produced at the most acclaimed and innovative distillery in Seattle, Westland’s Garryana 2018: Edition 3|1 ($150) is the third in a series of whiskies aged in quercus garryana (aka Garry oak), a rare species of white oak indigenous to the Pacific Northwest. What that wood passes on to the whiskey is a panoply of wonderful flavors including molasses, dark fruit, honeycomb and blueberry ice cream. It’s intense and decadent. One of the most unique and special drams made in America.

The Boss Hog V: The Spirit of Mauve

When Dave Pickerell passed away on November 1st, the whiskey business lost one of its most colorful ambassadors and creative forces. Pickerell was a master distiller who played a key role in the growth of Maker’s Mark bourbon, and later had a hand in elevating a host of acclaimed craft whiskies including Nelson’s Green Brier, Hillrock and Blackened, a blended straight whiskey on which he collaborated with Metallica. Pickerell did some of his best work with WhistlePig, a small distillery in Vermont that specializes in rye whiskey, most famously an expression known as The Boss Hog. The Spirit of Mauve ($500), the fifth and final edition to come to market in Pickerell’s lifetime, is sublime—a 13 year-old straight rye whiskey finished in Calvados casks, made in honor Mauve, of one of the brand’s signature pigs who also passed away this year. The palate offers maple syrup and pears, accented by dark chocolate and some oak spice. Each bottle features a handcrafted pewter stopper in the shape of Mauve ascending to heaven, where she’s no doubt been reunited with Dave.