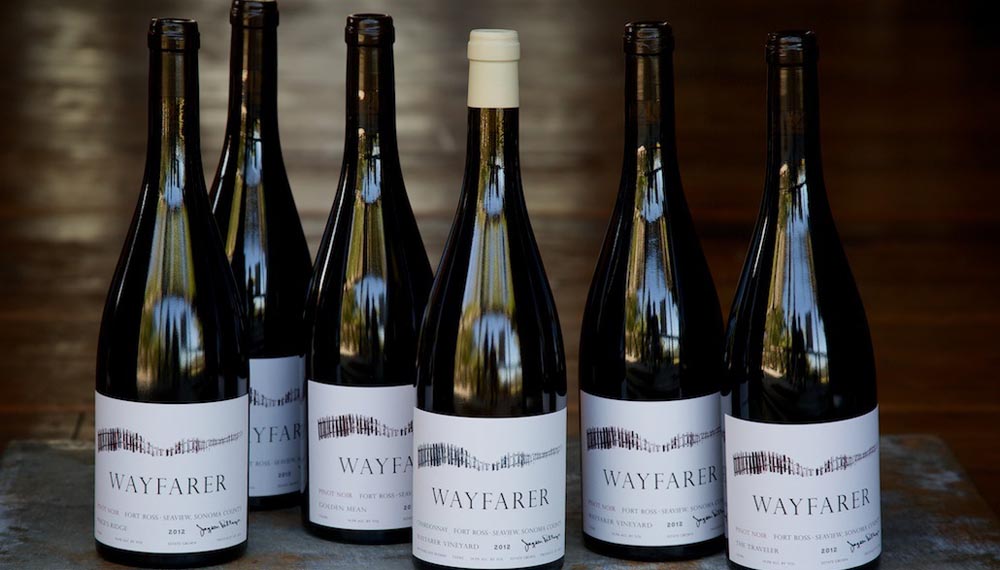 Vintner Jayson Pahlmeyer and daughter Cleo will release the first estate grown Pinot Noirs and Chardonnay from their Wayfarer Vineyard this fall, 16 years after purchasing the remote, unplanted parcel in the northwestern reach of the Sonoma Coast.

Straddling King Ridge in the Fort Ross-Seaview Appellation, Wayfarer is perched at 1,100 feet, just five miles and two ridges in from the Pacific Ocean. The 30-acre vineyard was planted in 2002, after Pahlmeyer discovered the property in 1998 through friend and former winemaker Helen Turley, whose Marcassin estate is nearby. Having long been captivated by the wines of Burgundy, and with Turley’s assertion that the site had the potential to be “the La Tache of California,” Pahlmeyer purchased the property and contracted viticulturist David Abreu to plant the vineyard.

“Wayfarer is a unique and special place. To honor the vineyard and the wines it produces, we created a dedicated team that is pushing the exactitude of winegrowing and winemaking to craft wines that truly reflect this site,” said Cleo Pahlmeyer.

Consulting Winemaker and Winegrower Bibiana González Rave heads winemaking and vineyard operations for Wayfarer. A native of Colombia, Rave studied and worked in the vineyards and cellars of Burgundy, as well as at the University of Bordeaux, and completed an internship at Château Haut-Brion. In California, she worked with Qupe and Peay Vineyards, among others, and was most recently winemaker at Lynmar Estate.

“The first time I saw Wayfarer Vineyard, I knew it was exceptional,” said Rave. “The wines have a beautiful aromatic profile along with a laser-focused minerality because of the coastal influence. But there’s also restraint with generosity, and elegance with power,” she explains.

The wines will be available in October by mailing list allocation at www.wayfarervineyard.com, and in select markets in September, including San Francisco, Los Angeles, New York, Washington D.C., Chicago, Texas, Florida, Japan and Hong Kong.