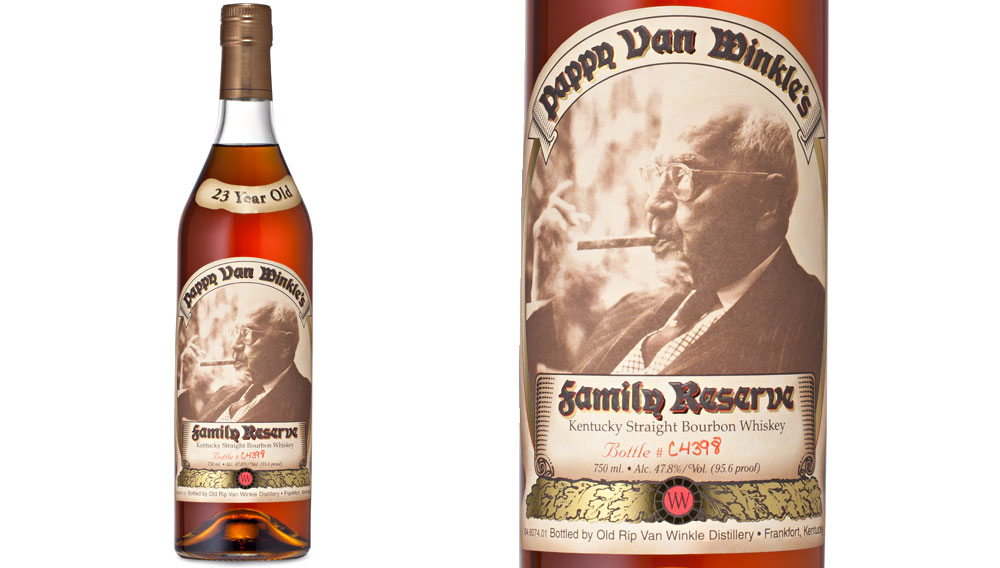 This throwback name stems from the Old Rip Van Winkle pre-Prohibition label that Julian Van Winkle Jr. salvaged after being forced to sell the Stitzel-Weller Distillery that his father, Julian “Pappy” Van Winkle, established in Kentucky. Now, third-generation distiller Julian Van Winkle III pays tribute to his grandfather each year with this 23-year-old wheated bourbon, which is collected as enthusiastically as it is poured. Brimming with cherries, licorice, and oak, the bourbon is limited to only a few thousand bottles annually. The family photo on the label of “Pappy” Van Winkle contentedly puffing a cigar is a reminder that there is also a touch of smoke in this cult favorite. ($200)