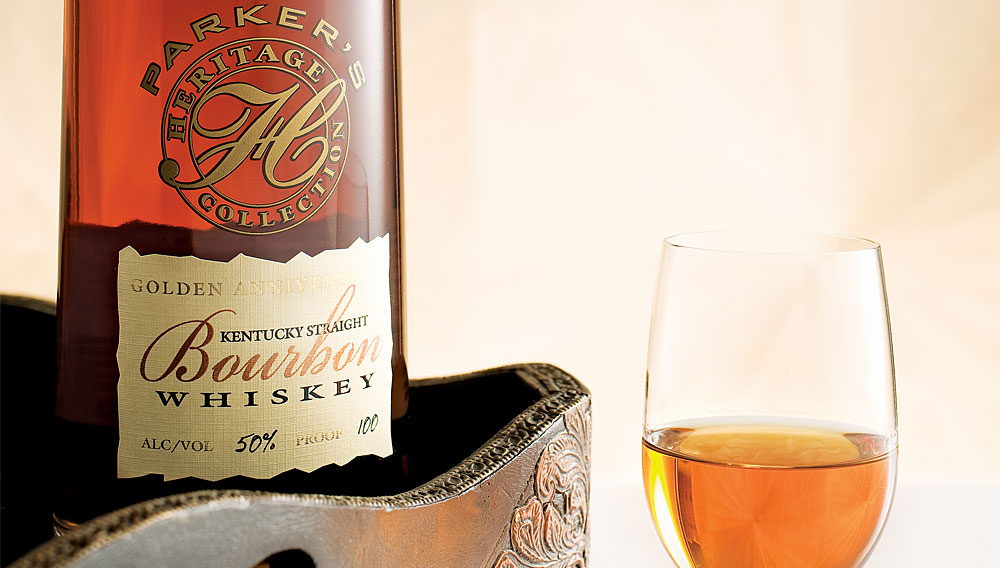 Even the late, legendary Jim Beam—founder of the international spirits conglomerate that bears his name—might have been a bit jealous of his grandnephew Parker Beam. This sixth-generation master distiller for Heaven Hill has access to the world’s second-largest supply of bourbon aging in barrels, and more than half of these are over eight years old. As Heaven Hill’s master distiller for the last 50 years, Parker knows where the best whiskeys are kept and how they are maturing. So it seemed only natural for the company to celebrate Parker’s half-century of making some of Kentucky’s most celebrated bourbons by asking him to create a special commemorative bottling that would include whiskeys from each of his past five decades with the distillery.

But given the vast quantities of bourbon aging in Heaven Hill’s 47 open-rick warehouses—a total of 860,000 barrels, or almost 20 percent of the world’s bourbon supply—Parker’s task was daunting. Unlike an artist who is given only three primary colors to create a painting, Parker was able to select from a palette that included countless nuances and variables in ages, proofs, and flavor characteristics.

To fine-tune his selection, Parker began with whiskeys from the 1970s and 1980s that had been aging on the third floors of the warehouses, where the temperatures exhibited slighter variances with the seasons and thus worked the spirits more gently in and out of the charred-white-oak barrels over the years. He then selected comparatively younger bourbons from the 1990s and 2000s from the warehouses’ topmost floors, where the temperatures fluctuated more dramatically, thereby accelerating the aging process. For the finish, Parker added just the right amount of older whiskeys from the late 1960s, which were stored on the lower floors where the cooler temperatures kept the wood from overwhelming the bourbon.

As a result, the polished-ice smoothness of Parker’s Heritage Collection Golden Anniversary Bourbon ($150) belies the spirit’s 100 proof. The whiskey’s deep aroma and flavors brim with honey-glazed vanilla, maraschino cherries, sizzling butter, and a whiff of smoke. It took 50 years to create this masterpiece, and only 4,500 bottles were produced. This bourbon is a fitting tribute to a legendary distiller, and a worthy recipient of our highest accolade.