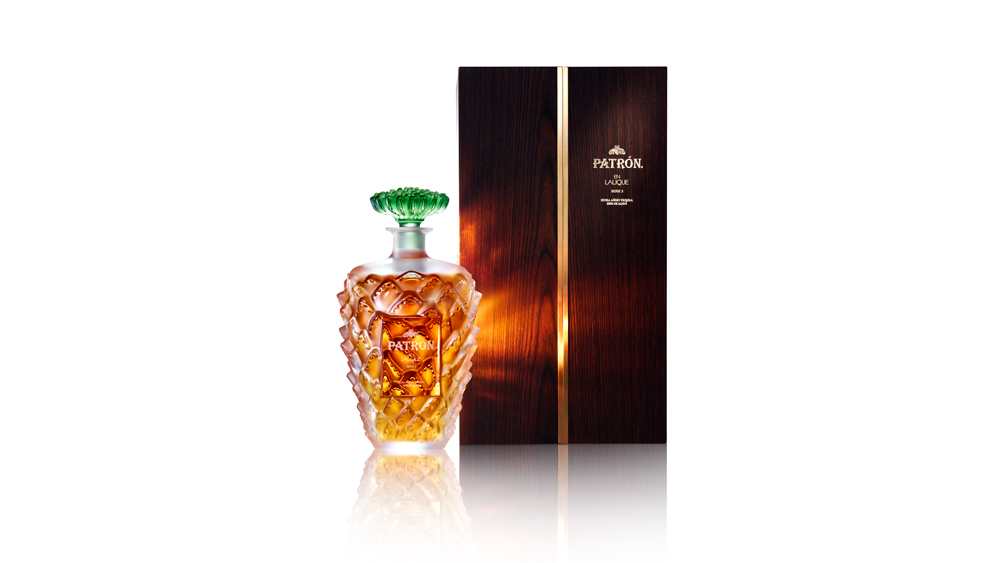 In further proof that the ceiling for high-end tequila seemingly has no limit, Patron unveiled its new Patrón en Lalique: Serie 3 this week. This $7,500 bottle is one that high-roller whiskey fans will certainly enjoy.

As indicated by the name, this is the third in the ultra-premium Lalique series. Master distiller David Rodriguez, along with his team at Patron, blended together 14 batches of tequila aged between four and eight years in a combination of French and American oak. “Our familia of talented craftsmen are constantly experimenting to create bold innovations that stay true to the Patrón commitment to handcrafted perfection,” said Rodriguez in a statement. “We explored many combinations of extra añejo tequilas before landing on the liquid excellence that can be found in Patrón en Lalique: Serie 3.”

We had a chance to taste the tequila this week and can report the following: the liquid itself is a deep amber color with flashes of brown and copper, much darker than your average extra anejo tequila. The nose has notes of caramel, vanilla and agave. The palate is really where things enter whiskey territory, with red berries, dark fruit, brûléed grapefruit and a heaping dose of tannins on the first sip. A second taste reveals further notes of plum, hot honey, a bit of acidity and a sort of odd note of sour cherry. This is not unpleasant, but it does really take things more in a cognac or extremely mature bourbon direction than tequila.

The Series 2 is still available as well if you want to compare the two.  Patrón

Each decanter is handmade and numbered at the Lalique factory in France, and the design is a departure from previous entries in this series. While the point appears to be to recall the shape and feel of an agave pina, visually it might make you think of a pineapple. According to Lalique chairman and CEO Silvio Denz, the intention was to go a bit more leftfield than previous decanters. “With this series we pushed the boundaries of art even further with the design of our decanter that celebrates the natural and raw materials that go into every drop of Patrón Tequila,” he said in a statement.

There are only 299 bottles available globally, with just 105 to be found in the US at select retailers and online at NFT marketplace BlockBar starting next week. And if you manage to find one, it’s probably best to save this tequila for sipping instead of using it to make a Margarita.