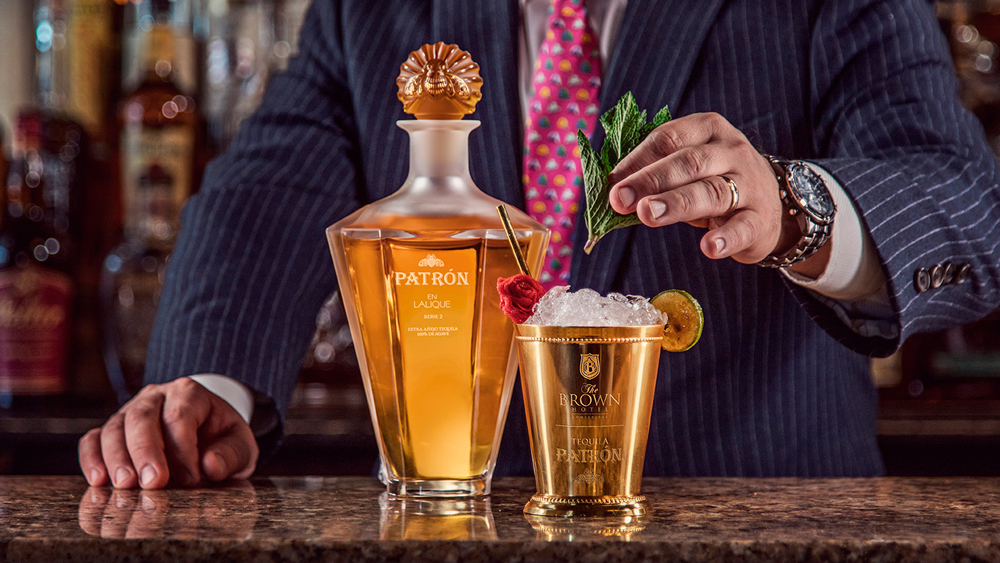 Last year everyone was tweeting about the happy coincidence of Cinco de Mayo falling on a Friday and the Kentucky Derby occurring the very next day. But that’s horseplay compared to this year’s planetary alignment, when Cinco de Mayo and the 144th Kentucky Derby literally come together on Saturday, May 5.

Sure, you could celebrate the Cinco de Mayo with some margaritas while you look for other ways to double down on the Kentucky Derby. But this kind of star-alignment doesn’t come along every day. So instead, celebrate the union of these two drinking holidays with a special cocktail that incorporates the traditions of both occasions. Agustín Sosa, director of food & beverage at the Brown Hotel in Louisville, Kentucky has conjured up the Agave Julep, a carefully curated drink consisting of two ounces of Patrón en Lalique: Serie 2 extra añejo tequila and a half-ounce of Old Rip Van Winkle 25 Year Old bourbon as the base spirits. Add to this 15 muddled leaves of fresh chocolate mint, three drops of chocolate bitters, and three key limes sliced and caramelized with demerara sugar, plus a splash of water. All of this is strategically combined in an elegant gold-hued julep cup filled with crushed ice and garnished with a chocolate mint sprig, an extra slice of caramelized lime, and served with a straw.

Take a sip and you smell the aroma of the chocolate mint even before the complex flavors of the drink hit your tongue. Aged for up to eight years in several types of barrels, the extra añejo provides underlying nuances of cherry, nuts, and a subtle agave sweetness, while the complex mix of caramel, maple syrup, toffee, and vanilla from the 25-year-old bourbon gently presses the palate against this cocktail’s caramelized undercurrents of chocolate and mint.

Priced at $1,500, the Agave Julep will only be available at The Brown Hotel lobby bar from Thursday, May 3 through Sunday, May 6. A portion of the proceeds from each cocktail will be donated to the Kentucky Humane Society’s recreational horse relief fund.