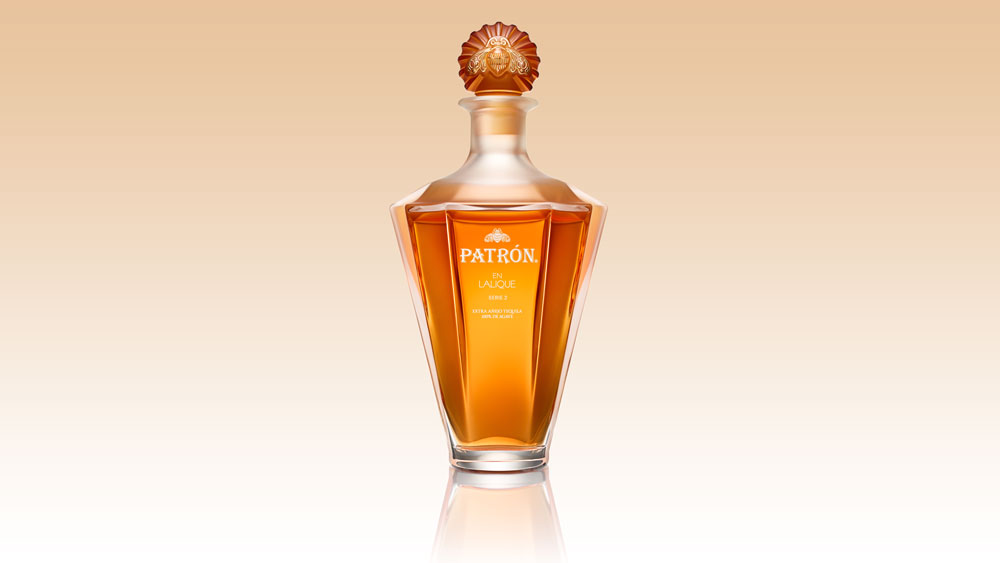 Patrón has been, perhaps more than any other brand, responsible for elevating the reputation of tequila from an inexpensive source of quick intoxication to a sipping spirit as respected as the finest whiskies and Cognacs. Along the way, Patrón’s squat glass bottle became an iconic symbol of quality tequila. So when the brand wanted to create a special package, they had to think big. The result was a collaboration with Lalique, the premiere French design house for fine crystal. Patrón en Lalique Serie 1, released in 2015, was a stunning, handmade crystal take on the classic Patrón bottle containing a bespoke extra añejo tequila created by master distiller Francisco Alcaraz.

Patrón en Lalique Serie 2 ($7,500) takes more liberties with both the design and the tequila. Rather than stick to the classic bottle shape, the Serie 2 bottle is inspired by the agave plant from which tequila is made. It’s a tall, elegant decanter with an Art Deco feel, capped with an amber-hued crystal stopper to match the beautiful tequila inside.

In addition to the new look, the tequila itself, which was blended especially for the Serie 2 release, is different from any previous Patrón. The blend, again created by tequilero Alcaraz, has been aged up to 7 years; a typical extra añejo is aged only 4 years. In addition to traditional aging in French and American oak, this spirit has also spent time in Spanish ex-sherry casks. The result is a gorgeously fruity tequila with a noticeable sherry influence of orange and raisins, along with agave, vanilla, and honey. Dry sherry notes show up again along with hints of oak on the long, smooth finish. Only 299 hand-numbered bottles of the Serie 2 were crafted by hand at the Lalique workshop in Alsace, France. We are already dreaming of what pleasures a Serie 3 might offer.