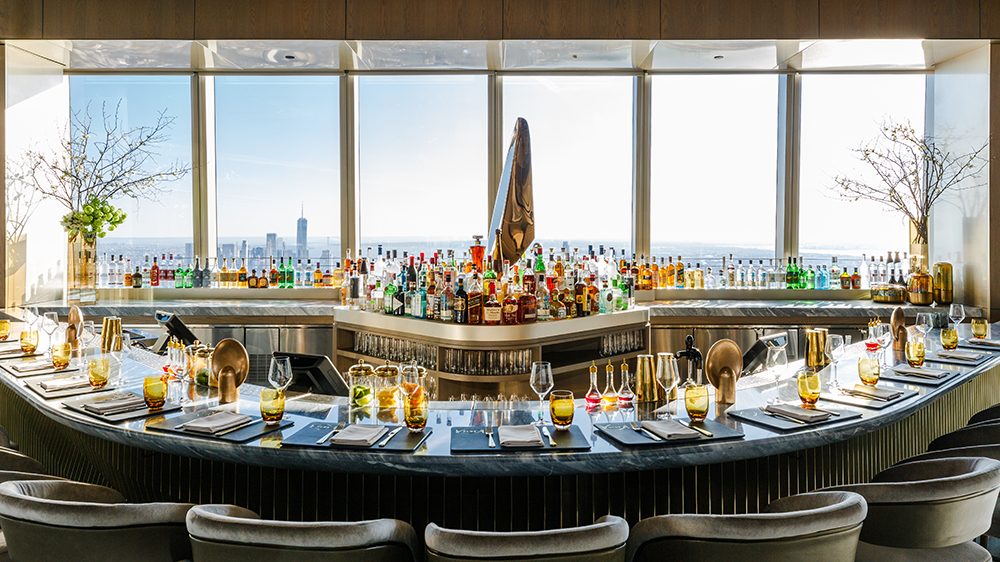 Peak, the Hudson Yards restaurant perched 101 stories above the city, will be offering for a very limited time a cocktail made with Van Winkle Special Reserve 12 Year “Lot B,” which fetches more than $1,000 a bottle on the secondary market. The Pappy Plane, as Peak has dubbed it, is a take on the classic Paper Plane, which is an equal-parts cocktail featuring a limited-release Nonino Amaro Riserva, lemon juice and Aperol. You might think an Old Fashioned would be the likely cocktail to let the Pappy lead the way, but this delicious classic is also a canny way to maximally stretch the bottle—unlike the two ounces an Old Fashioned requires, the traditional Paper Plane recipe only needs .75 ounces of bourbon.

The cocktail is the brainchild of Peak’s beverage manager, Jon Kraus. It will only be available for a limited time, with just 100 of the drinks being served at $125 a piece.

The Pappy Plane can be enjoyed alongside Peak’s seasonally driven menu by executive chef Chris Cryer. You might currently indulge in Hudson Valley foie gras, halibut with squash and chanterelles or a salt-baked sweet potato with kale and goat cheese.

Some may think the cocktail is an act of heresy in the first place. This wheated bourbon has reached cult status with bottles going for prices astronomically higher than the suggested retail price and the purists among us would insist on sipping it neat, or perhaps on the rocks. But a little more than a decade ago, it wouldn’t have been so crazy to mix Pappy in a cocktail. After all, the whiskey boom wasn’t in full swing and you could find it at the airport bar, if you were at the right one. But, it’s legend grew in the late aughts and early 2010s, partially by word of mouth by those in the food world.

“At first it was this thing chefs were drinking,” Wright Thompson, the author of Pappyland, told Robb Report in 2021. “And there was this group of people and we were buying up all the Van Winkle we could. It was around then that we were like, ‘This is the finest bourbon in the world.’”

Now you can take in some of the finest views in the world while sipping a drink made with it.