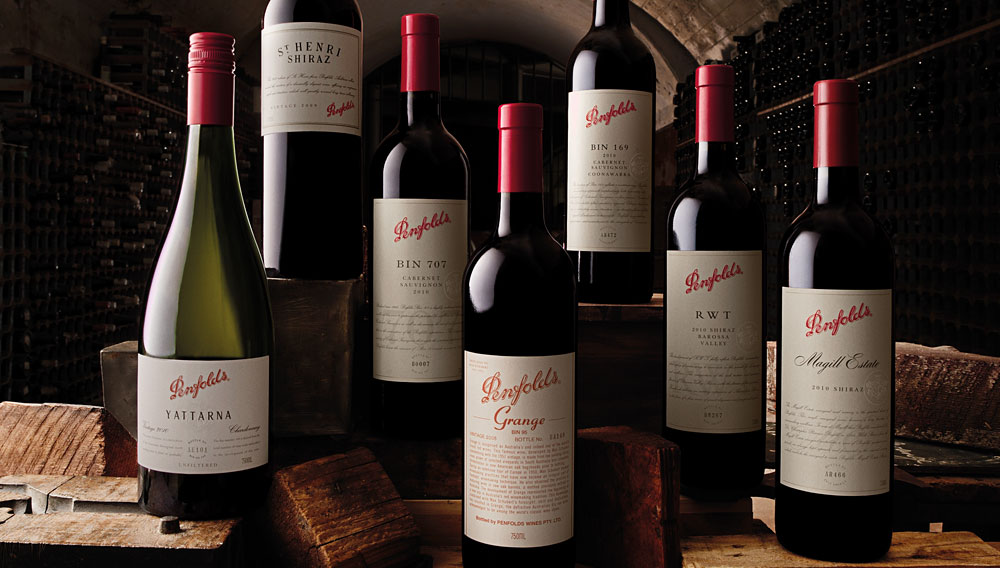 Every year on May 1, a line forms outside the cellar door of Penfolds Winery in the South Australia town of Magill for the launch of Penfolds Grange, Australia’s more-than-stellar answer to the best Bordeaux of France. Bottle-aged for five years before being released, Grange is a Shiraz meant to be cellared for decades. The wine takes its name from the picturesque stone cottage where the winery’s founder, Dr. Christopher Rawson Penfold, and his family lived on their 500-acre Magill Estate vineyard in the mid-19th century. To say that Grange is the flagship of the Penfolds wine portfolio is an understatement, for in 2001 the National Trust Heritage of South Australia listed both Penfolds Grange Shiraz as Heritage Icons, and most of the buildings and the vineyards on Magill Estate were given heritage protection in the late 1970s.

Originally called Grange Hermitage, the first experimental vintage was in 1951 and produced only 1,800 bottles, one of which sold at auction in 2004 for $60,565. The quantities of subsequent vintages are not disclosed by the winery but are always limited, and when the bottles are not being judiciously opened on auspicious occasions by their fortunate owners, they are equally sequestered by collectors and investors alike. The current 2008 Grange is composed of 98 percent Shiraz (the majority of which came from the Barossa Valley) and 2 percent Cabernet Sauvignon. A big, bold, yet silky wine, a few en primeur writers gave it 100 points out of 100. As a result, the 2008 Grange was released with an unapologetic price tag of $850 per bottle.

With its long and revered history, it is not surprising that Penfolds Grange should receive noteworthy attention. And yet, when it comes to red wines with distinctive personalities and aging potentials, Penfolds has much more to offer the serious oenophile, even though its other premium bottlings are frequently overshadowed by Grange. In fact, Grange often becomes a metaphor, even for Peter Gago, Penfolds’s enthusiastic chief winemaker—only the fourth person to hold that position in the winery’s 169-year history.

For example, when describing Penfolds Bin 707 Cabernet Sauvignon ($350), Gago unabashedly calls the current 2010 vintage “the Grange of Cabernet.” And indeed it is. Bold, although a bit tight at present, it is nonetheless loaded with heavy spice and holds great promise for uncorking alongside a rack of lamb anytime between 2016 and as much as 30 years thereafter.

Of course, trying to ignore Grange when focusing on Penfolds’s other excellent Shiraz wines sometimes becomes a challenge that Gago doesn’t even try to avoid. After all, like the rich, concentrated grapes he sources from South Australia’s prime growing regions of Barossa Valley, Eden Valley, McLaren Vale, Adelaide Hills, and Coonawarra, the wines are very much a product of their terroir. A good example is the 2010 Bin 389 ($69), a Cabernet-Shiraz blend often referred to as “Baby Grange” because it is the beneficiary of Grange barrels that were used the year prior. Consequently, it is one of the best values for those in the know.

“When selecting grapes for Grange,” says Gago, “we’re picking all of the low-hanging fruit of the highest quality. It’s the ultimate in cherry-picking. That’s why wines like Bin 389 look so good in years like this. The smart money buys 389, because in a great year, the grapes that didn’t quite make Grange are still pretty darn good. And as for its staying power, the 1990 Bin 389 at auction is (presently) commanding $140 to $160 a bottle. Yet it sold for approximately $13.99 back in 1990.”

Another sleeper is the Penfolds 2009 St. Henri Shiraz ($99), which is more in the older style of winemaking. In fact, Gago refers to it as “a counterpoint to Grange,” nevermind that it is aged for four years and uses no new oak. As a result, it has little oak character but is brimming with gentle cherries and violets, although it begs to be aged for at least three years before showing its potential. And it is definitely a wine for long-term aging, because while 2009 wasn’t a particularly good year for most South Australian wines, it was a very good year for St. Henri, which is composed of 97 percent Shiraz and 3 percent Cabernet Sauvignon.

On the other hand, the 2010 Magill Estate ($130) is 100 percent Shiraz from a single vineyard, in this case one originally planted by Dr. Penfold that today is completely surrounded by the city of Magill, saved from the encroaching urbanization only by its Heritage Icon status. Aged for 14 months in a combination of American and French oak and released as a 3-year-old bottle-aged wine, the Magill Estate is medium-bodied, with soft, dark fruits, and would pair well with pasta primavera and a Davidoff Aniversario afterward.

Another, heavier-textured Penfolds is the 2010 RWT ($150). The initials stand for “Red Winemaking Trial,” as it started out in 1997 as an experimental 100 percent Shiraz, all from the Barossa Valley. Evidently the experiment proved successful, for Gago has made it every year since. Rich and full-bodied, RWT is laden with blackberries that linger on the palate with a slightly dry finish. “Although most people drink it immediately,” says Gago, “I have been cellaring it for years.”

And that is the secret to enjoying Penfolds wines: first discovering them and then finding out that, like Grange itself, they just keep getting better with age. (www.penfolds.com)