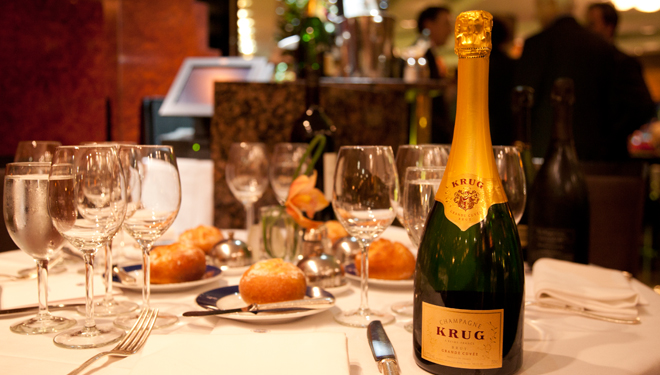 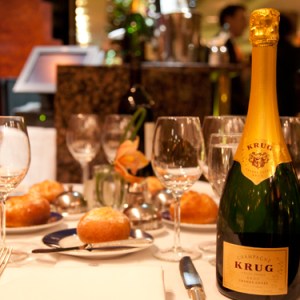 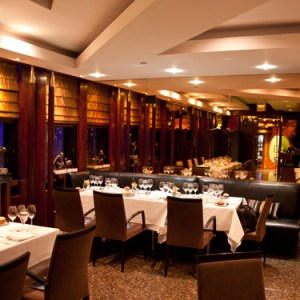 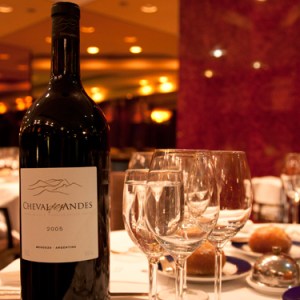 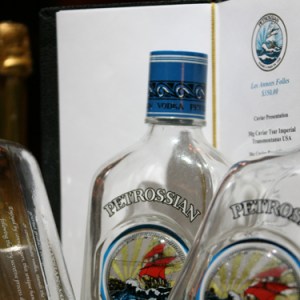 On a recent evening in midtown Manhattan, while sipping Krug Champagne in the Petrossian  restaurant dining room, a group of Robb Report readers learned about the origin of the Petrossian family’s gourmet-food business and about the caviar that would be served during dinner. Their host, Alexandre Petrossian, director of the company’s New York retail operation, described how his grandfather and his grandfather’s brother emigrated from Russia to France, where, in the 1920s, they began importing caviar from Caspian Sea fisheries and introduced Parisians to the delicacy.

Moët Hennessy and its director of education, Seth Box, provided the Krug as well as Dom Pérignon Oenothèque, Dom Ruinart, and Cheval des Andes  that accompanied the courses. Box guided the guests through the tasting notes of the wines and of the Glenmorangie and Ardbeg single malts served after dinner.

In addition to the Robb Report readers, guests included a group of financiers, artists, and entrepreneurs invited by New York investment banker and socialite Euan Rellie.