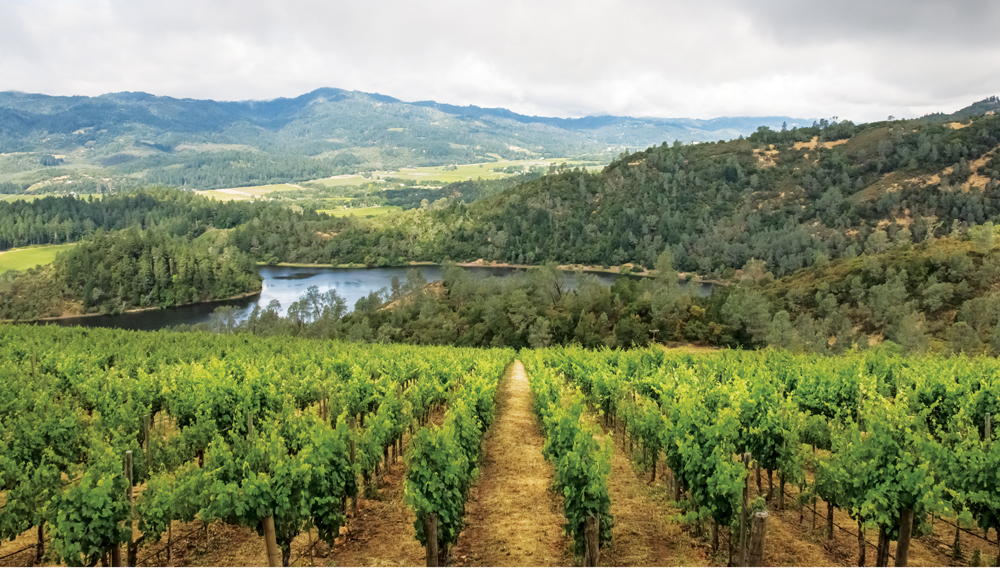 Mother and son overcome all obstacles at Viader.

What happens when an irresistible force meets an immovable object? In Delia Viader’s case, a vineyard is planted. The native of Argentina discovered California’s Napa Valley in the early 1980s and decided to put down roots—literally. Most vineyards at that time were situated in the richer alluvial soils of the valley floor, but Delia—who had at the time no training in oenology, though she holds a Ph.D. in philosophy from the Sorbonne in Paris—chose a site on the slopes of Howell Mountain. The steep parcel offered ideal sun exposure; its soil composition, however, was almost entirely rock. When Caterpillar D9s failed to remove these immovable obstacles, Delia turned to an even more irresistible force: explosives.

“We kept breaking equipment that was never supposed to break,” recalls Delia’s son, Alan, who now serves as director of operations for Viader but was, at the time of these excavations, just a boy. “So there was dynamite involved, and even then, some of the rocks were so large that the only way to move them was to push them downhill. There are still sections of the property that we can’t plant, because they’re 100 percent rock.”

These stones became Alan’s nemeses. “I had the very unglamorous job of moving rocks out of the vineyard growth,” he laughs. Yet his mother—who undertook intensive oenological studies at the University of California, Davis—rewarded him and his siblings for their contributions by tutoring them in the appreciation of fine wine, including the best of Bordeaux and Burgundy. “She would always break them down,” he says, “and tell us what we should be tasting and smelling.”

The release of Viader’s inaugural vintage, 1989—a classic, balanced blend of  Cabernet Sauvignon and Cabernet Franc—and its successors soon elevated Viader to the top tier of California producers, and Delia, Alan, and his sister Janet continue to build on their reputation for terroir-driven beauty.

Delia’s style from the start emphasized elegance, finesse, and aromatics, rather than ripeness and power; and Alan, on taking up daily responsibility for the winery, pursues that same goal, while adding his own touches. “One thing I’ve increased is the stirring of the lees, which adds more mouthfeel, complexity, and roundness,” he says. “She jokes that I like a little more toast.”

The most recent releases of the flagship wine, the Viader 2011 and 2012 Liquid Cashmere Proprietary Red Blend ($150), exhibit Delia’s preference for aromatics and the greater weight resulting from Alan’s barrel regimen. A cooler vintage, 2011 presents aromas of strawberry, Bing cherry, and rhubarb—and, on the palate, flavors of red currant, cinnamon, allspice, and mint. In contrast, 2012 reflects a warm, even growing season: deep, ineluctable essences of rose petal, raspberry, black cherry, marzipan, and vanilla.

“Everything was ideal,” notes Alan of the 2012 vintage, though he concedes that his old adversaries, the rocks, proved his allies in 2011. “It was cold, wet, and gloomy, but,” he adds cheerily, “because of my rock, the rain drained right through.”