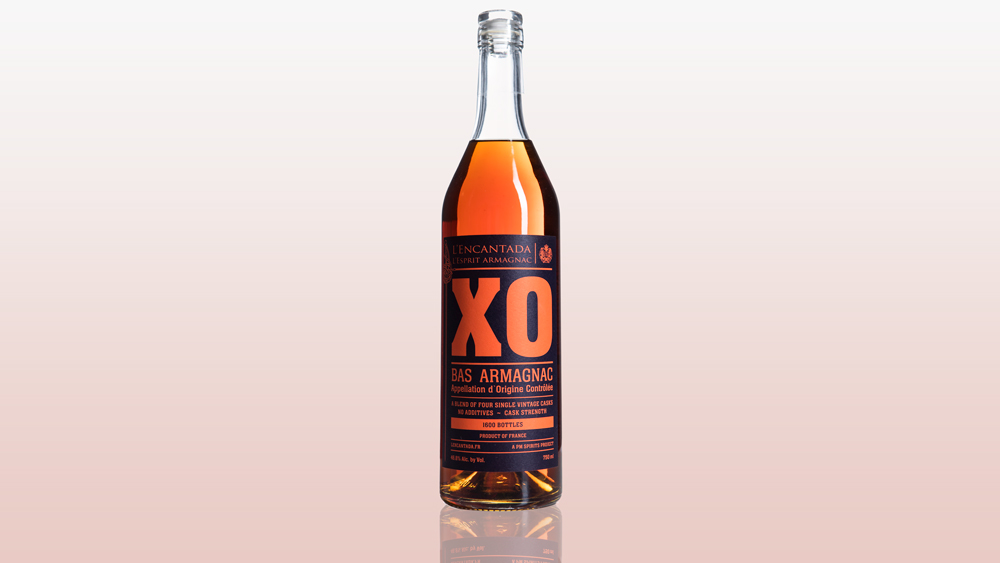 Bordeaux-bred, Brooklyn-based importer Nicolas Palazzi launched PM Spirits (named for his late father, Paul-Marie) in 2011 as a way to indulge his love of Cognac and support the artisanal producers he proudly calls friends. It’s entirely likely he also desired to make some dough as well. Things appear to be working out as planned.

The company started with just two clients – the Cognac houses of Paul Beau and Guillon-Painturaud – and slowly but surely built an impressive portfolio that includes not only Cognac, but also virtually every spirit category under the sun. PM Spirits’ current roster includes Eric Bordelet Calvados, G’Vine Gin and Mic.Drop., and  a host of other prestige brands that populate the back bar of some of the country’s most celebrated public houses.

Their latest release is XO ($104), an Armagnac produced exclusively for the importer by a bottling operation called L’Encantada, which works primarily with producers in the Bas Armagnac Region. XO is comprised of four single vintage casks aged at least 10 years: Domaine Lous Pibous 1989 barrel #61; Domaine Lous Pibous 1987 barrel #87; Domaine Del Cassou 1994 barrel #55; and Domaine Bellair 1997 barrel #181. Apologies for all the numbers, but rest assured it all adds up to an exquisitely flavorful Armagnac.

The XO’s bouquet consists of caramel, coffee and a whiff of sandalwood. The first sip reveals a smokiness you might find in a Japanese single malt or Scotch from Islay. The subtle suggestion of peat quickly yields to more traditional Armagnac flavors such as quince, strawberry jam and orange peel. There’s a bit of oakiness in there as well which, while uncommon for brandy, really ties this one together. The finish is languid and balmy, like a midsummer’s afternoon in Gascony. Yes, XO truly evokes a specific and special sense of place. Only 1,600 bottles exist, and the liquid therein is a cask strength 46.8% ABV.