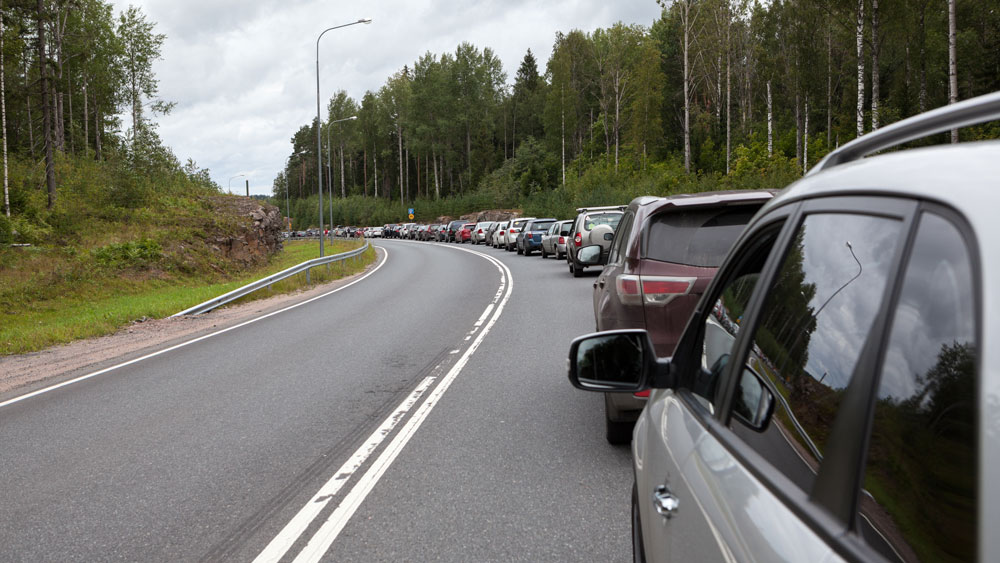 Driving under the influence of alcohol is never okay, even when you haven’t had a drop to drink. Case in point: Earlier today, whisky lovers in Scotland were so influenced by alcohol—specifically the prospect of getting their hands on a rare bottle of single malt—that they wound up causing a major traffic jam in an area where sheep typically far outnumber vehicles.

Police in Craigellachie were forced to shut down a road leading to the Macallan distillery this morning after several hundred cars converged upon the area. They were filled with whiskyphiles determined to purchase a bottle of Genesis ($635), a limited-edition single malt created to celebrate the opening of the Macallan’s new $190 million Distillery and Visitor Experience.

The brand had announced earlier that it would be offering a handful of bottles for sale on a first-come, first-served basis beginning at 10 am. According to the BBC, by 9:30 am, traffic had become so congested, with cars parked on verges blocking the B9102, that police had to close the road in both directions.

“Despite making our customers aware that there would be no access to the site prior to 9:30 am, people gathered outside in the early hours of the morning, causing a local road to become blocked,” said a spokesperson for Macallan. “After we contacted local police to help minimize any disruption, the road was swiftly cleared, and sales got underway at the distillery when it opened at 10 am.”

While the brass at the Macallan were likely thrilled by the overwhelming enthusiasm for the brand, some of the enthusiasts themselves seemed less than, well, thrilled.

“Presume the Macallan didn’t realise so many people would turn up but maybe more thought should have been put into it!” tweeted Louise Laing.

“Got up at 4 in the morning to travel to Macallan for a bottle of whiskey I am probably not going to get, absolutely ripping,” griped Twitter user Ewen Spence.

On the bright side, while some went home empty-handed, reports indicate everyone got home safely.