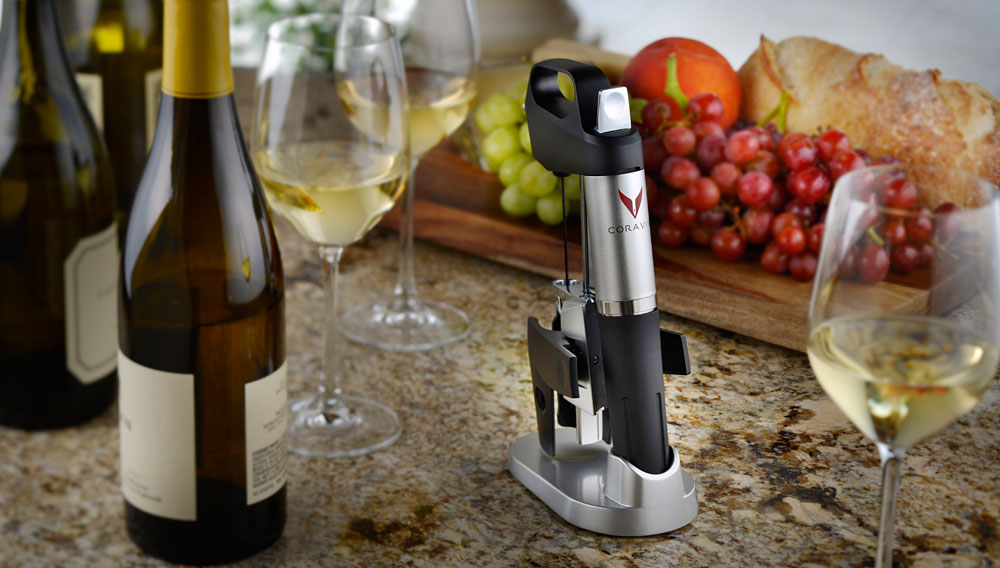 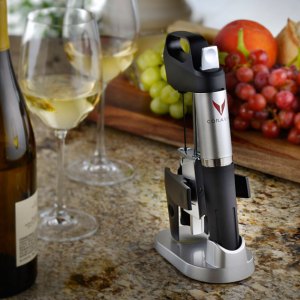 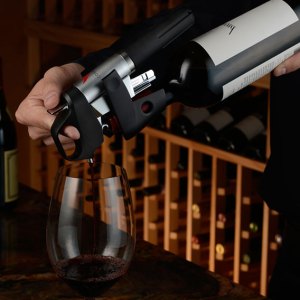 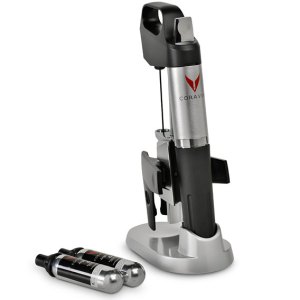 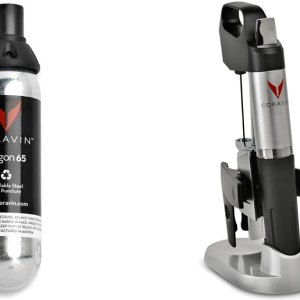 The old rule among oenophiles was that once you opened a decent bottle of wine or vintage port, you had to finish it within 24 hours before oxidation irreparably altered the taste and bouquet. That meant many a bottle of wine in home cellars remained unopened because there was no one to share it with. Plus, if only a glass or two was desired of a vintage bottle, that doomed the rest of the contents once it was opened. Pumping out the air and storing the bottle in the fridge would only extend its flavor for 2 to 3 days at most, and even then, the wine was never the same as when it was first opened.

Now all of that is in the past, thanks to a new device called the Coravin. Invented by Greg Lambrecht, a wine-loving Boston-based engineer who had to stop enjoying his favorite wines when his wife became pregnant and couldn’t share a bottle with him, the Coravin is the result of the same hard, long clinical trials Lambrecht employs in developing complex medical devices—although he notes that wine is a much more delicate commodity. But after 10 years of testing with different gases and pressure devices, Lambrecht has achieved his goal of enabling the same bottle of wine to be poured again and again over a period of time, all while keeping it perfectly preserved without any loss in taste and without ever removing the cork.

The Coravin is a handheld device that clamps onto the bottle. From hand pressure alone, it gently inserts a thin, hollow needle through the cork (the foil can even be left on, although this will increase the wear on the needle). Then a trigger pull releases a short burst of argon—the same inert, tasteless, and odorless gas used by wineries to stabilize their exposed wines—into the bottle. The wine is then poured into a glass through the Coravin device. Afterward, the needle is withdrawn through the Coravin and removed from the bottle. Meanwhile, the still-corked wine now has a blanket of protective argon that keeps it from oxidizing for years and the cork reseals itself over the tiny needle hole.

Obviously, the Coravin device does not work well with synthetic corks (which may not properly reseal), and neither can it work with metal, glass, or screw-top closures. And it cannot be used for Champagne or any other pressurized wines.

The company refers to wines poured through the device as being “accessed” rather than opened, since the cork is never pulled from the bottle. Two argon cylinders are included with each Coravin package, and each is good for approximately 15 5-ounce pours, with replacement cylinders readily available from the company ($29.95 for a three-pack).

Restaurants are already employing the Coravin to expand their by-the-glass menus, and just as impressively, wine drinkers no longer have to lament enjoying just one or two glasses from a coveted bottle that will then go bad, and collectors will never again have to wonder if that certain bottle has aged enough to be ready to pour.